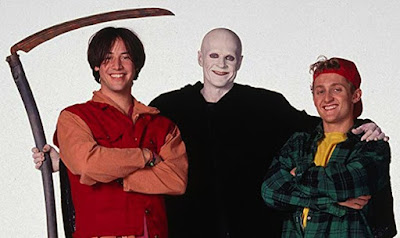 I slept reasonably well; I got up to find Fudge asleep on the landing again. Does he like it there? It's not as though he sleeps there as he gets there and can get no further - there is a little basket in the corner of the bedroom for him as he can't jump on to the bed.

Yesterday as I left home I mentioned that I saw a new geocache had gone live not far from work. It was still unfound when I went to bed last night, and I found myself wondering... I checked my phone when I got up - the thing still hadn't had a find logged. So as I scoffed granola I planned my mission. Parking, how to walk from the parking, and with plans made I left home when most people would have still been fast asleep.

As I drove up the motorway the pundits on the radio were trying to make light of the fact that the BBC are now seen as Public Enemy #1 following yesterday's revelations about how much they pay their top stars. And those revelations have been further muddied by the fact that apparently only *some* of the fees paid have been disclosed. And it doesn’t help that the poorer pensioners now have to pay for the BBC licence which previously they got for free.
I'm sorry, but this shouldn’t be an issue. All the time the BBC is paid for out of public money they simply cannot pay big bucks for the celebrities. After all it isn't as though they need to. Go to any amateur local theatre group or local radio station. There are dozens of people in every town who would be every bit as good as those that the BBC employ, and would do a better job for a fraction of the price.
Can you *really* justify paying someone twice the Prime Minister's salary for an hour or so a few times a week?

I did think my FTF hopes had been thwarted when the traffic on the motorway came to a standstill. But two minutes after stopping, all the traffic started again for no reason that I could fathom. I followed my sat-nav's instructions and soon I was in a back street in Loose. After a little wander up and down the road I found the footpath I needed. I went sown a rather steep hill and soon found the little film pot I wanted. It had been there since Monday night and no one else had been near. That was a ridiculously long time for a cache not to be found in a very FTF-competitive area such as Kent.
I felt rather pleased with myself as I made my way back to the car. As I walked I posted to the local Facebook geocaching page to gloat.
That was a mistake.

I went into work for the early shift. At tea break my phone beeped. The chap who had hidden that cache that I found this morning was full of sarcasm about how he felt that I'd posted spoilers about his hide by the photograph I'd posted on Facebook. I hadn't, but I deleted what I'd posted to Facebook (just in case).  I also amended the written log I'd made. Rather than a few lines of "copy and paste story”, I changed what I had written to "TFTC". In theory this stands for "thanks for the cache"; in practice it is see as an insult to whoever put the cache out.

This petty trivial little bit of nonsense bothered me far more than it should have done. I then spent much of the rest of the day wondering if I still want to be part of the "Geocaching in Kent" Facebook group. When I first started sticking film pots under rocks that group was a source of help and friendship. People would organise outings and trips and events through the page. I used to run at least one such outing a month (every month for several years)
But over the last few months that Facebook group has gone really downhill. The friends I’ve made over the years post less and less, and more and more the page is attracting the half-wits and the “special” ones and the keyboard warriors who are out to cause a fight.
Only the other day someone who'd never posted anything there before was being rather nasty to a friend who has contributed so much to the hobby. A few weeks ago I was made to feel heartily sorry that I'd bothered putting out a series of caches round King's Wood - and it was a reviewer (one of the high-ups in geocaching) who had made me feel that way. And then someone appeared from nowhere and claimed that I was deliberately feigning illness rather than repairing broken film pots(?)
It never fails to amaze me how people can get so nasty over such trivial matters. But for some years the "Geocaching in Kent" Facebook group has risen above that sort of thing. Perhaps it will do again? But I’ve decided that (as far as I am concerned) the thing is on its final warning.

I did my bit at work; an early start made for an early finish. I came home, and took the dogs round the park. As we walked we met a few people who wanted to fuss all the dogs. They liked that. And then we met a child who… I can only describe his actions as saying that he had a spazzy fit. On seeing the dogs he started screaming and thrashing his arms and screaming. His mother told me that he didn’t like dogs. I said that my dogs probably didn’t like him either. The child stopped his stupidity immediately; clearly no one had ever spoken to him like that before. I pointed out that the dogs were a good ten yards away from him, and we walked off leaving the mother shrieking at the child for no reason that I could fathom.

"er indoors TM" then boiled up a rather good bit of dinner which we washed down with a bottle of plonk whilst watching “Bill and Ted’s Bogus Journey”.
I’m reliably informed that filming has started on the third “Bill and Ted” film…