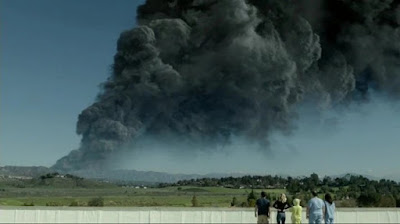 Just as I was scoffing my toast my phone rang. For some long-winded and tortuous reason "Daddy’s Little Angel TM" was fifty yards up the road with no way of getting back to Margate until mid-morning. Was “Dad’s Taxi” heading in that direction?
As I got dressed she arrived, and I loaded dogs and daughter into the car. She was full of talk about McBreakfast in Ramsgate, but fell asleep, and woke up when we got to the shop. Which was probably for the best. McBreakfast with a wolf-pack in tow isn’t easily managed.
I dropped her off and headed to Challock and Kings Wood.

We arrived at the car park to see some normal people flapping round their car which had a flat tyre. As I said to them I would have helped if I could, but I really wouldn’t have the faintest idea what to do. I suggested they phoned their breakdown insurance cover people or a garage, and I set off into the woods with the dogs. We didn’t go far. It was getting hotter and hotter, and Fudge was straggling. When he is on the lead he has no trouble keeping up. When he is not on the lead he stops and sniffs every five yards, and then runs off backwards. I don’t like having him on the lead when the other two run free, but it is getting so that he is either on the lead or he doesn’t come out. (And he is the one that fusses to come out).
The people with the flat tyre had gone when we got back to our car. Presumably they sorted their problem.

We came home. I pootled in the garden for about ten minutes but it was too hot. So I came in, and made a phone call.
My piss had boiled somewhat as I looked at my emails this morning. Over the last few months I’ve been getting messages from the building society about a chap with a similar (but not identical) name who lives in the isle of Wight. Last weekend I was promised that the mix-up had been resolved, but again I got another email intended for him. I phoned the building society to tell them (again). I’m sure this chap doesn’t want me knowing his business, and I can’t help but wonder if the building society have mistakenly emailed anyone else with information about me.
As I put the phone down to them the double glazing people phoned. Following some rather bad experiences in the past I took to using Everest as they are an established firm. But on June 20th they rather pissed on their chips. The front door lock was poggered. Everest couldn’t quote a price for fixing it, but they wanted a minimum of a hundred and forty quid and couldn’t do anything for at least two weeks. A local chap had the door sorted within the hour. I told them that they’d had their chance to retain my custom and had blown it. They offered to fit some windows with forty-five per cent off of their usual price, but had to admit that this was still far more than what their competitors charge.

Daughter-in-law sent a message. Did I fancy a holiday in Cyprus next year? It was odd that she messaged at exactly the same time that I was messaging an ex-colleague who was in Oslo on his way back from Longyearbyen (in the Arctic circle).
Following discussions with (getting orders from) "er indoors TM" I’m told that next year’s holiday is Cyprus. So I had a look at the geocaching map.
But if any of my loyal readers have a spare two weeks and a spare four thousand pounds and fancy a boat trip to the Arctic Circle, I’m keen.

I got in one load of washing and put out another, had a spot of lunch and went to bed for the afternoon. I didn’t sleep that well. The temperature of over thirty degrees saw to that. But I managed a couple of hours before getting the laundry back in.
I looked at the gardening jobs I wanted to do, but it was still too hot to be outside, so I watched the last few episodes of “The Last Man on Earth”, There is a fourth season; I shall watch that at some point.

"er indoors TM" will be home soon. Hopefully she’ll do me some dinner then I’m off to the night shift. I hear the motorway is blocked. Again…