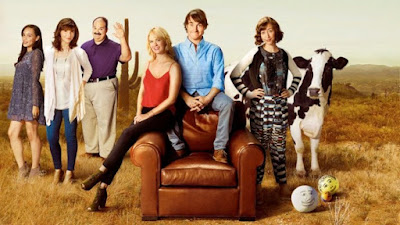 I woke at some unearthly hour to find one of the dogs was on top of me. I was about to grumble at the errant hound when I realised the dog in question didn't have a curly tail. It was Fudge. Bearing in mind that Fudge can do no wrong I went back to sleep.

Over brekkie I watched the last episode of "Good Girls". The show has been very watchable, and it seems to have reached a sensible ending. I did hope that the writers would leave it there, but I hear there's to be a third season. Here's hoping it will be as good as what has gone before.

I set off to work. As I drove the pundits on the radio were talking about the planned national water supply... or lack of one. Gas gets pumped the length of the nation, but there are no similar pipes for water.
Why not?
Yesterday the government spokesmen seemed to be thinking about having a sensible railway policy. Today there was talk of treating water as a valuable and limited resource rather than as something from which a profit might be made. It’s about time.
Perhaps those in authority are finally seeing the short-sightedness of Margaret Thatcher's policies of selling everything off? I thought it was a daft idea thirty years ago...

There was also an interview with one of the new French MEPs. I think she summed up the feelings of the world when she said that Brexit has dragged on long enough and expressed the sentiment that the UK should effectively either crap or get off the pan. (I paraphrase her words)

I stopped off at Aldi as I had a few minutes spare. I wanted to use their cashpoint machine; it was broken. I would have got in and out quicker had the resident weirdo not been in the way. Most mornings there is some very strange fellow at the front of the queue that forms before the shop opens. He takes it onto himself to direct everyone into the shop and doesn't take "p*ss off and leave me alone" for an answer.

I got to work and had a rather good (if busy) day. I did my bit and was only two minutes late getting out. Once home I took the dogs for a little run. The walk went well really. I would have liked to have had longer in the co-op field, but some looney was walking his dog there. Because this chap’s dog can’t be trusted the dog has to stay on the lead. Because this chap wants his dog to have a run, the dog has a long lead. A *long* lead. It is a length of rope at least fifty yards long. Needless to say you can tangle a lot of things with that much rope.
We came home.

With "er indoors TM" off on some works jolly I fed the dogs, then made myself some toast. I’m happy to eat decent meals, but (quite frankly) cooking them is too much of a faff.
With toast scoffed I ironed some shirts whilst watching “The Last Man on Earth”; my SkyPlus box has recorded eighteen episodes of the show.
That was very thoughtful of it…