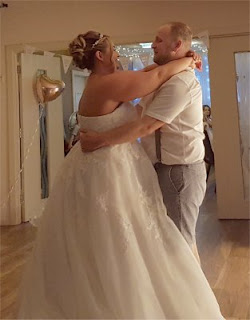 I’ve noticed that the dogs are rather restless in the middle of the night, but seem to sleep quite well from five o’clock onwards. So we had a little lie-in this morning. Perhaps I should have kept them active yesterday afternoon?
I sparked up my lap-top like I do most mornings but had a warning that the firewall subscription had expired. What was that all about? According to the provider’s web-site it isn’t due to expire for over a year. Eventually uninstalling and reinstalling solved the problem, but it wasted half an hour.

I finally got to peer into the Internet. Last night’s squabble on Facebook was still going on. If you rummage under a rock for a film pot and don’t find one, should you replace it? According to “Da Rules” the answer is a big resounding “NO!!!”. According to “Da Rules” you have to tell the person who stuck the film pot under the rock and let them sort it out.
Usually when I’m going to rummage in the undergrowth I look on-line. If other hunters of Tupperware have said that they couldn’t find anything I message the person who hid the thing and ask them if they’d like me to replace it if I don’t find it either. Personally if someone offers to replace one of my missing pots I’m only too happy about it; it saves me hours of effort to wander out to the back of beyond.
It’s an argument that has been going on for years and last night’s squabble won’t resolve anything.

I prepared another four web pages for my new geo-series (only seventeen more to do) then went into the garden. I tried to strim the lawn’s edges and had quite a fight with the strimmer. I’m wondering if it isn’t more cost effective to throw away the strimmer and get a new one when the strimming string-stuff runs out rather than fighting to try to load up new stuff into the machine.
Eventually I got the edges done, then mowed the lawn, pulled weeds out of the gravel, and spent a rather unpleasant hour cleaning out the pond’s filter. It’s not a nice job, but I’ve come to the conclusion that it is better to do it regularly when I have time rather than waiting until the thing gets blocked solid with Koi poo and having to find an hour when I have other things to be doing.
Again I spent three hours on garden stuff at the end of which the garden looked pretty much just the same as it did when I started.

After a quick Belgian bun we took the dogs round the park. Some of our walks are good; this one wasn’t one of the better ones. All the “delicate blossoms” were taking their precious pups out and Pogo was like a bull in a china shop.
On the plus side, as we walked we met two different groups of friends out hunting flilm pots under rocks. It was good to catch up.

"er indoors TM" set off to collect "Daddy’s Little Angel TM" and "Stormageddon - Bringer of Destruction TM". I stayed home and (once I’d set the washing machine going) I slobbed in front of the telly. I put on an episode of “Good Girls” and dozed off.
I woke to the sound of Fudge being sick.

With dog vom cleared the family arrived. There was a rather traumatic half an hour while everyone got dressed. Things might have gone faster had "Stormageddon - Bringer of Destruction TM" not been trying to put his head through the arm hole of his shirt. But eventually we were organised, and we drove up to the Kennington Carvery for "My Boy TM"’s wedding reception.
From what I remember of it, it was a good night. I took some photos, and woke up on the sofa just after two o’clock.