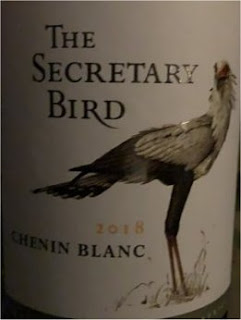 I had an early night last night and slept like a log. The dogs were settled, and I was fast asleep for over eight hours. So why did I wake feeling like death warmed up?
Over a bowl of granola I watched an episode of “The Last Man on Earth” then sparked up my lap-top. Eventually the thing rated working. As always the Firefox browser was slow to the point of not actually doing anything and after five minutes a pop-up appeared saying that a script was slowing the window, Did I want to stop the script. I clicked the “yes – dur!” button and the thing started working fine. This is *exactly* what winds me up about IT people. Whatever that script was doing was probably a minor miracle in IT circles, and worthy of praise and adulation if you know about that sort of thing. But the practical upshot of said script is that it makes the lap-top not able to do the very job you want it to do.
Ironically pretty much nothing at all had happened on Facebook overnight, and I had no emails that were wroth having either. Mind you I was rather amazed at one of the emails I had. The nice people at Nectar were offering me their credit card. If I run up two thousand pounds of debt with them, they said they would give me one hundred quid. That’s a bargain(!)

As I drove to work the pundits on the radio were interviewing the new leader of the Dribbling Democraps. Having done far better in the Euro elections than anyone might have expected, Jo Swanson seemed full of enthusiasm despite the fact that her party is clearly now a one-policy party, and if the Prime Minister designate (Mr Johnson) succeeds in achieving any form of Brexit, then the Liberal Democrats will be left high and dry. If I was Boris Johnson I would unilaterally announce that the UK was out of the EU as of tomorrow if only to utterly destroy an entire rival political party.
Mind you I'm not sure that Ms Swanson is cut out to be a political leader. She got rather aggressive during her interview, and blamed absolutely everything that her party did wrong whilst in coalition government (with the Conservatives) on the Conservatives.

Work was work; I came home, and "er indoors TM" and I took the dogs round the co-op field. Unlike yesterday Treacle stayed out of the slimy ditch. We had a rather good bit of dinner and a bottle of plonk, and we watched some episodes of “The Umbrella Academy”. I say “watched”; “slept through” was a better description. I started watching the show a few months ago and gave up with it. We tried again… it didn’t captivate me in the slightest.
Such a shame…