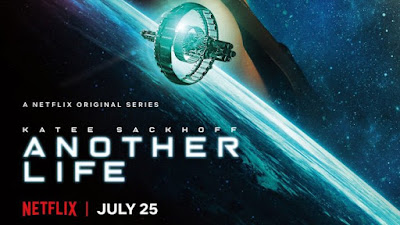 The night shift was hard work; I didn’t stop at all. I was glad to see the relief arrive.
As I drove home the pundits on the radio were talking about our new Prime Minister. I got the distinct impression that pretty much everyone has given up with Boris Johnson before he has hardly started. There was a lot of criticism for his having replaced most of the existing Cabinet; I thought the etiquette was that given a new Prime Minister the old guard would resign to let the new boss pick his (or her) pick their own team.
I can’t help but think that Boris Johnson has become Prime Minister three years too late. He led the “Leave” campaign; when his lot won, they should have seen the job through there and then. He might make a go of leading the country; he might make a total balls-up. Time will tell – it always does.

Rather than coming home I drove t the garage. The air blowers in my car packed up a couple of weeks ago and the three lowest settings don’t work. It has two settings; off or hurricane. The idea had been for "er indoors TM" to meet me at the garage with the dogs and we would walk home. But when I got to the garage it was already twenty-eight degrees so I told "er indoors TM" to leave the dogs at home and the nice garage man drove me home.

I got home to frantic barking; the dogs wanted to go for a walk, but they were all panting with the heat, and that was just in the shade of the living room. We didn’t go out. I had a shave and went to bed. I slept for three hours until Fudge had a barking fit when the postman delivered a load of junk mail.
I made a late brekkie, then decided against doing some ironing. Instead I watched last week’s episode of “Catch 22”. As it finished I saw that “Four In a Bed” was starting. With it being far too hot to do anything I carried on staring at the telly. I do like “Four In a Bed”; have you ever seen the show? Those who run guest houses go round to slag off the opposition. One of the guest houses featured in today’s show was in Rye. I do like telly filmed in places where I’ve been; but claiming to be in Rye, footage filmed came from Rye, Playden, Winchelsea and Hastings.

I spent a little while checking over the web pages I’d created for the new geo-series that I’ve been working on. I found a few mistakes and put them right. I expect there’s more mistakes waiting to be found; there usually is.

I had such plans for the afternoon, but what with today being the hottest day the UK has ever had (apparently) I pulled all the curtains and slobbed in front of the telly. I found something new on Netflix; “Another Life” stars Katee Sackhoff (out of BattleStar Galactica) and featured her running round a spaceship in her undercrackers within minutes of the start of the show (result!). Mind you, if you take out Katee Sackhoff running round in her undercrackers, there’s not a lot left in the show.
According to Wikipedia the show was actually released today so for once I’m in at the start. Usually I find out about TV shows long after everyone else.

"er indoors TM" came home; the plan had been to take the dogs down to Orlestone Woods, but with the temperature still over thirty degrees at six o’clock it was still too hot for the dogs.
Today is probably the first day of the year that they haven’t had a walk. Maybe we’ll have a walk tomorrow – to the garage to get my car possibly. If it gets fixed…