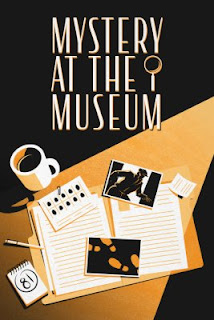 Despite an early night I didn't sleep that well. Although the dogs were settled (yesterday's walk helped there) I was haunted with nightmares of having got my car physically wedged in the channel tunnel, and the only way to extract it was with the help of a bunch of half-wits who wanted to put the car on roller-skates.
Sometimes I wonder what goes through my head to provoke this sort of thing...

Over brekkie I watched an episode of "The Last Man on Earth" at which I actually did laugh out loud, then I set off in the vague direction of work.
As I drove the pundits on the radio were talking about how the Iranians have seized a British oil tanker in what is clearly a tit-for-tat retaliation for the British having seized one of theirs two weeks ago. Some military expert was wheeled on who was explaining that the reason that the Foreign Secretary is pushing for a diplomatic resolution to the matter is that sending in the SAS and the SBS one won't work. The claim was made that the British Navy is no longer capable of defending British interests. Rather harsh? Perhaps. However certainly not the sort of thing that should even be hinted at on national radio?
There was then a *lot* of discussion about how British government departments have been talking about throwing the UK's armed forces in with the American military recently. It seems odd that one of the arguments in favour of Brexit was that the average Brit didn't want the British armed forces going into some amalgamation with the European forces, but now it seems everyone is happy for them to be subsumed by the Americans?

There was a hold-up on the motorway as I drove up. A lorry had stopped having had one of its front tyres explode. The fragments of tyre which were left on the front wheel looked as though the blow-out had been rather impressive.

I took a little diversion into Langley for geo-reasons; we needed to find one specific geocache to get the second of the current bunch of e-souvenirs. Every summer geocaching dot com release a load of e-souvenirs which you can get by rummaging under rocks for film pots. Personally I feel that they would be far better advised to spend their time making their existing infrastructure fit for purpose rather than fannying about, but what do I know?

I then drove up to Aylesford to get petrol. As it was nearby and as I was rather earlier than I had intended to be, I popped into Sainsburys to get bog roll. As one does. As I tried to leave the shop, some interfering old bat tried to show me the correct way to hold a multi-pack of bog roll. Apparently shoving it under your arm is *so* wrong that she felt she had to say something.
I didn't actually tell her to get knotted, but surely she must have had better things to do than to take exception as to how I carry bog roll?

I got to work... there was cake.​ I'm quite a fan of the stuff, and having cake made for a day  that was not too shabby.

I got home at the same time as "er indoors TM" and we took the dogs for a little walk up to the co-op field. It was a shame that Treacle had to jump into a ditch full of stagnant black water, and an even bigger shame that she had to jump up at "er indoors TM".
Once home Treacle was forcibly bathed whilst I washed the windscreen of my car. As I’d driven home I’d driven through a swarm of tens of thousands (if not more) of some sort of insect. They made quite the mess.

"er indoors TM" went bowling. I fed the last of the leftover meat to the dogs and settled down to watch last night’s “Poldark”. Demelza’s bosom was rather demure. Elizabeth’s heaved quite spectacularly. Such a shame she’s dead…