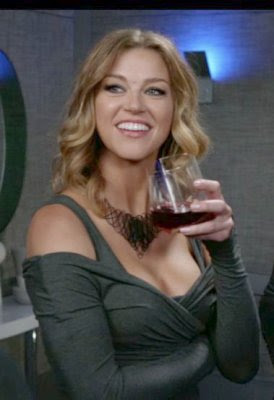 I woke up feeling full of energy and raring to go only to find it was twenty past midnight. I then dozed fitfully, seeing every hour of the night, and most of the half-hours too. I eventually gave up trying to sleep, and was a tad miffed to find we'd run out of coffee. So I just had granola as I watched the first episode of the second season of "Santa Clarita Diet". I'm ploughing into that show – it’s rather good!

I got dressed, found what I'd done with my car and set off to work. I needed petrol and wanted to allow time to go to Sainsburys in Aylesford. As well as getting Nectar points, petrol is seven pence a litre cheaper there than it is locally.
As I drove the pundits on the radio were talking about how the government is publishing a report today about how schools use exclusions when dealing with problematical pupils.
This is something which boils my piss. Had Swadelands school told the most recent fruit of my loin to shut her rattle and do her schoolwork (rather than excluding her for the most trivial of reasons) then I'm sure her life would have turned out differently.
Can you believe that eighty-five per cent of schools don't even use exclusion?

There was also talk of the new royal baby. I didn't even know that the duchess of Sussex was expecting. It is amazing what you miss when you are not paying attention.

I got to the petrol station and got fuel. I also got a sandwich having realised that what with all the excitement of having no coffee at home I'd forgotten to make one earlier.

Work was much the same as ever, but I was twenty minutes late getting out this evening. Once home I had a bit of a doze until "er indoors TM" came home. She boiled up a pasta bake and we scoffed I whilst watching last week’s episode of “The Orville”. It was rather good. I then slept through whatever else was on telly… I’m thinking I need an early night…