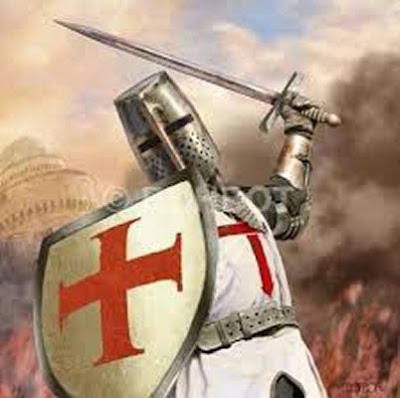 After a rather early night last night I slept for over eight hours, but (as is usually the case after a night shift) I was plagued with rather vivid dreams and woke up feeling as though I could do with a rest and some peace and quiet. Is It just me that has nightmares about picking a fist fight with the Women's Institute? (what was that all about?)
I watched a couple of episodes of "Trailer Park Boys" as I scoffed my granola then got dressed. I put on my new shirt that I'd bought in Matalan the other day. I've very good at buying new clothes - I'm just not that good at chucking out the old threadbare ones. I must start dinging the knacked ones.

I set off to work. As I drove the pundits on the radio were interviewing one of UKIP's M.E.P.s. Apparently UKIP's leader (whoever he is) has refused to come on to the radio, so they were interviewing some bloke named Agnew. He was rather aggressive, and not at all afraid to show his ignorance. When questioned about the anti-Islamic tendencies of UKIP he ranted that Islam was a religion that was actively trying to spread itself across the world, and that was a very bad thing. Christianity had never done that (so he claimed). Clearly his understanding of European history of the last several hundred years leaves a lot to be desired.
Interestingly the "Thought for the Day" featured some Hindu bloke who commented on what a treasure trove of literature the Bible is, and how few Christians have ever actually read it. As a “lapsed sunbeam” myself, it never fails to amaze me how little so-called Christians know about their professed religion.

It was shortly after this radio article that my watch wobbled. (I do like my SmartWatch). There was a new geocache not a million miles from Leeds Castle. I was almost driving past the place, so I thought I might take a slight diversion to see if I could get the First to Find. I diverted, I was first. Happy dance.
Mind you the diversion (at rush hour) meant I didn't have time to go to Aldi for shopping. Ho hum.

I got to work and realised I'd forgotten to make myself a sandwich. I went to the hospital's League of Fiends (!) shop and got a sandwich and a bag of crisps. The nice lady on the till said what they cost, and said if I had a bottle of water as well I would pay fifty-five pence less in total. I effectively got a bottle of water for free. I saw that as a minor result.

I did my bit at home and came home to an empty house. "er indoors TM" had taken the wolf pack out. I thought I might spend five minutes in the garden watering the new plants.
Oh how I laughed.
The old shower-mixer tap had this feature that when you turned it off it automatically went back to the “water from the taps” setting so that you don’t accidentally spray everywhere with the shower. Our new shower-mixer tap doesn’t hold with this theory, and I managed to get water everywhere (and a *lot* of it over myself). If it had been anyone else it would have been hilarious.

"er indoors TM" and the hounds returned. We had a bottle of rather iffy plonk with dinner. “Junior Bake Off” and “Big Bang Theory” were entertaining.
I’m thinking about another early night…