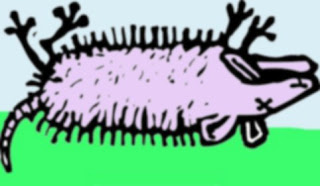 Another good night – I like those. I wish they happened more often. Perhaps if and when I get my nose re-bored they might. It is now two months since my ENT appointment; you’d have thought I might have heard back from the hospital by now. Mind you when I last had to have surgery, nothing happened unless I chivvied things with a formal complaint. Perhaps I need to start whinging again.

I had a look at the Internet. A chap with whom I went to college in the 1980s was again banging on about how good Brexit is. He was taking the line that those wanting to remain in the EU have always used insults as arguments, because they have no actual facts as to why we should not leave the EU, whereas Brexiteers have always given facts as to why we should leave the EU. One thing which never fails to amaze me about life is how everyone’s experiences are different… In my experience on social media the remoaners seem to post endless lists of reasons why leaving is a good thing in the hope that no one will see that many of those reasons are rather nonsensical. Whereas the brexidiots usually seem to present the validity of Brexit as a self-evident fact which is clearly not needing any justification. Today my old mate was using that old argument of saying that “X is clearly the case because I say so. And because I say so, it is correct”.
I made the mistake of telling him that our experiences are different.

​As I drove to work the pundits on the radio were discussing the recent shutting down of the Jeremy Kyle TV show.  Some chap who had been wheeled on to shriek and argue had failed a lie detector test during the filming, and has since gone on to kill himself.
On the one hand it is rather sad that this has happened. On the other, it is *exactly* the sort of thing that large swathes on the public want and is the reason why the show is so popular.
I'm reminded of my classical studies when I learned about the Roman poet Juvenal who talked of "Bread and Circuses".
Two thousand years later and nothing has changed. Such a shame.

There was then an interview with the leader of Plaid Cymru (the Welsh nationalists) who are simultaneously pushing for Wales to be independent of the United Kingdom, and to be an integral part of the European Union. However seems to be unable to explain the obvious contradiction here.

As I drove I was rather amazed by the amount of dead animals on the roads. A dead badger on the A28. Several assorted flattened mammals on the A262, and a dead deer on the A21. Surely something could be done to save these poor creatures.

I got to work. During a break I was sitting in the rest room reading my Kindle app when the boss remarked that absolutely everyone was staring at a mobile phone. A lot of people comment when this happens. No one bats an eyelid when everyone is reading a book or a newspaper though, do they? What is it about reading something by using a phone that so many people find upsetting?

As I drove home there was another dead badger on the A28. I came home to an empty house as "er indoors TM" had taken the dogs out. Once they were back we had a rather good bit of dinner and watched more “Bake off – The Professionals”.