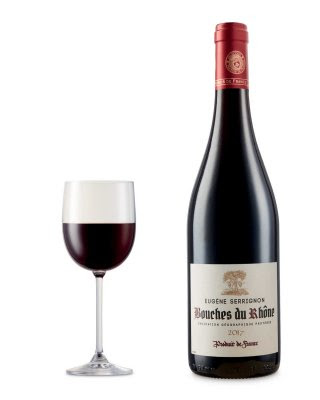 I had a bit of an iffy night; my stomach was gurgling like a thing possessed over brekkie. I blame the rice pudding I scoffed last night; it was only eighteen months past it’s “sell by” date.
Over brekkie I watched the first episode of “Sliced”, It wasn’t too shabby. I then sent quite a few birthday wishes on Facebook (quite a few friends had birthdays today) then got myself ready for work.

As I drove to work the pundits on the radio were interviewing the Labour spokesman on something-or-other. She was banging on about the importance of teaching "Climate Change" as a subject in schools. Now I've chosen my phrase rather precisely. She wasn't "discussing" or "advocating" much as you would expect anyone on national radio might do. She really was "banging on". It was suggested to her that children be taught to read and write and do arithmetic as their first priority, but I think that this concept went over her head. Such a shame... The more I hear of the Labour party on national radio these days, the less impressed I am with them .
There was also a lot of talk about the demise of the Prime Minister and my MP Damien Green was wheeled on to give a ten-minute political obituary on her premiership even though she didn’t actually throw in the towel until mid-morning (some three hours later).

Again my journey to work was delayed by a huge lorry which was stuck at the narrow chicane at Goudhurst. I thought lorries and buses had special sat-navs which showed which roads weren't suitable for them? But I still got to work early enough to have had a cooked breakfast had I wanted one. I thought about it but decided against the idea. Instead I had a cuppa, then got on with a morning's work. Having given up last night's night shift I had an odd amount of hours to make up. I'd worked some of them yesterday. I did the rest this morning, and set off homewards at mid-day.

I got home, and my first priority was to see to the hounds. We did our trick of “boot dogs” and drove down to Orlestone Woods. We had a rather good wander about; we only saw three other people. One young lady we met thought she’d disturbed deer or a wild boar. She asked me what did I think it was? I smiled sweetly and speculated on the putative identity of a creature I’d never actually heard or seen.
Eventually I made my excuses and got away.
We came home; I cleared the mess. One or other of the dogs (probably Pogo) had been shredding rubbish.
I then mowed the lawn. A simple enough job, but one which needs doing regularly. And I then planned to doze in front of the telly whilst the washing machine had a go at my shirts, but I stayed awake and watched the last two episodes of “Sliced” whilst the dogs snored.

With shirts ironed I then had a fight with my lap-top trying to organise the list of what I’ve been reading (since this year’s “World Book Day”) into some semblance of order. Once I finally got it straight, I realised I’d trashed mankybadger.co.uk by mistake. That took some putting right…

"er indoors TM" came home with a bottle of red wine. She then boiled up an incredibly good bit of scran which we devoured whilst catching up with episodes of “Bake Off: The Professionals”. As someone who worked in a kitchen for two years I often wonder if I might have done better in life had I stuck with that line of work.

The dogs liked sharing cheese with me, but perhaps finishing the bottle of port was a mistake?