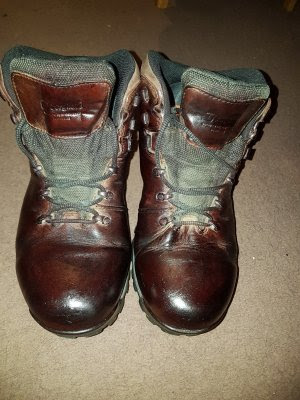 Last night I saw that there is an on-line petition for HBO to re-make the last season of “Game of Thrones” since (with only one episode to go) this last season hasn’t been anything special. I posted a link to the petition on Facebook and this morning I saw that quite a few people agreed with me.
The writers really have thrown away seven years of excellent plot lines and rather clever character development. The trouble with “Game of Thrones” was that (like many TV shows) it started well, but there obviously was no clear end in mind. Such a shame.

Also last night I had a message about the Wherigo I put out in Kings Wood a couple of months ago. There was a typo in what I originally did. I put that right over a month ago. Last night I was told that the typo was still there. I couldn’t find it. I spent an hour last night going through the programming and half an hour this morning fighting with the thing. In the end I just uploaded the latest version again to keep the critics happy. As one does. I then got the leads on to the dogs and we drove up to Kings Wood where I tested that Wherigo again. And again it worked fine.
But we had a good walk while we were there. We saw two or three normal people, but not many really. Pogo didn’t fight with any other dogs which was something of a result. He and Treacle did eat horse dung though. For a place which has signs up saying no horse-riding, there is an awful lot of horse poo in Kings Wood.

We came home – eventually. We had to wait for the dustbin lorry to get out of the way. We were stuck behind it for a while. Perhaps I should have made a video – the bin men were emptying the green recycle bins into the lorry, then just throwing the bins out of their way in the vague direction of the pavements. When we were finally able to park I made the pavement near home passable.But there is only so much tidying up after the bin men that you can do.

I then settled the dogs and drove up to town. I needed some Euros for the weekend. In a novel break with tradition my bank actually had some. I then tried to get some brown boot polish for my walking boots. Eventually I got some in Timpsons. Can you believe that the shoe shops in Ashford don’t sell shoe polish?
I’m told that we need shoes for tomorrow evening in case the stag party goes somewhere posh. I don’t actually have any posh shoes any more, so I thought I might scrape the cow shit off of my walking boots and buff them up as best I can. It seems to have worked.

With Euros bought I came home and fed laundry to the washing machine, then spent half an hour in the garden. I harvested the dog dung and then mowed the lawn. I would have done more, but the drizzle was getting heavier (and my back was playing up too) so I gave up. I had a spot of lunch whilst the washing machine chewed my shirts, then I got the iron out.

I then had a minor episode with the washing machine as refused to disgorge the shirts. After a little fight I got them out only to find they were wringing wet. I remonstrated with the appliance, and eventually (under protest) it spun some of the water out of them. Thinking it might be bunged up I used much of the dogs’ bedding to line the kitchen floor, and I opened up the waste trap of the washing machine.
There wasn’t *that* much of a flood really.
"er indoors TM" insists we use “colour catchers” in the wash. These are sheets of papery-cardboardy stuff which supposedly stop your pants going pink. Personally I don’t care if my pants go pink, but (like the biblical centurion) I am merely a man subject to authority. However as well as stopping your pants going pink, these “colour catchers” also bung up the output pump in the washing machine. I fished out the sodden remains of quite a few of them, then rebuilt the washing machine and used it to scrub the now-sodden dogs’ bedding. I expect I’ve now bunged the machine up with dog hair.

I eventually got to iron my shirts. As I did I sparked up Netflix and watched “The Beyond”. It seemed vaguely familiar; I’m sure I’ve seen it before.

"er indoors TM" came home and went out on a mission. I did my packing. I might have an early night – I think I might need it to survive this coming weekend…