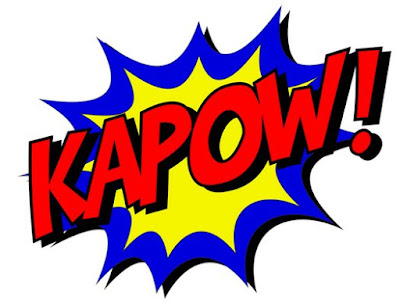 As I looked at Facebook (over brekkie) this morning several people were posting their reasons for their choices in today’s European elections. One or two of the people posting seemed to understand what they were voting for; most didn’t. Why on Earth would someone who retired early on the grounds of ill health (and whose social media posts mostly emanate from a hospital bed) vote for the candidate who advocates doing away with free health care for all. Didn’t they realise that?

Looking at the choices for the European elections we got to choose between:

My heart said to vote for the tree huggers, but my head realised that many of them hadn’t looked at themselves in the mirror. Call me old-fashioned if you will, but first impressions count. You cannot take anyone seriously if your first impression is “WTF do you look like”.

I looked at my emails. I was told there was a problem with one of the Wherigos that I set four years ago. Despite the thing working fine in testing, and sixty people since successfully getting on with it, because one chap couldn’t do it, it must have some glitches.
I sighed, got dressed and took the dogs out.

We had a surprisingly good walk round the park. We played nicely with the other dogs. Three of us porked a passing Pug (poor Oscar). Mind you I did get a little frustrated with Fudge. He’d been walking round at the pace of an asthmatic snail (who was feeling a bit tired) when Pogo and Treacle shot off at full speed in pursuit of a squirrel. I looked for Fudge to see him going even faster, but going back the way we’d just come.
As we walked we were befriended by a young mother. She seemed rather taken by the dogs, and she seemed incredibly lonely. We chatted for a few minutes; I got the impression she would have talked all day long. It never fails to amaze me now many lonely people there are in such large towns.

We came home past the voting station where I finally cast my “X” for the party which (on reflection) I thought would do the least harm.

As I drove off towards Pembury, "Women's Hour" was on the radio. Today they were talking about women who have become successful graphic novel authors. The woman conducting the interview was rather angry at how few women write graphic novels, and how It is a male-dominated field. The (woman) author being interviewed caused consternation by saying that there are as many women as men writing graphic novels.
Graphic novels... I can feel my piss boiling.
Have you ever read "graphic novel". Once upon a time we had novels and comics.  Nowadays people look at the pictures of a comic book, call it a "graphic novel", and pretend that they are reading classic literature up there with Tolstoy and Dickens.
Don't get me wrong - I like a comic book. I've always been a fan of "Batman" and "Superman" comics. But they are comics, and calling them novels changes nothing.

I had a relatively easy drive to work. Finding myself at Pembury half an hour earlier than I expected meant I had time on my hands. So I looked at the geo-map and had a little walk into the woods to find a sandwich box stashed by a holly bush.

I got in to work; I went to the canteen. I had a rather good lunch od spicy chicken and chips which I followed up with pudding and custard. And, pausing only briefly to laugh at an irate cleaner, I got on with another late shift. As late shifts go it wasn't bad. It was far better than the alternative - I was originally scheduled to be working the night shift today, but earlier in the week a colleague had asked if he could work my night shift today. I was quite happy to get out of the night work.
It did make for another late finish though…