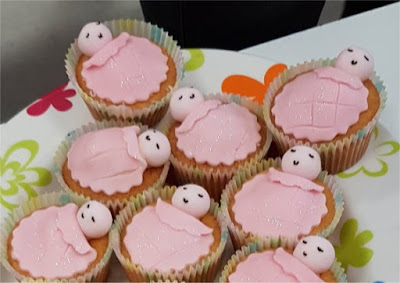 Fudge decided to spend the night on our bed last night. I worry about him on his own when he sleeps downstairs, but when he sleeps upstairs there is even less room for me.
Over brekkie I watched an episode of “Santa Clarita Diet” then had a little look at the Internet to see if I’d missed much. I hadn’t.  I then checked my emails - there were two new geocaches which had just gone live which were not too far off of the wa​y to work. So (pausing only briefly to sit on Fudge as I put my socks on) I got dressed and set off for Sissinghurst.

As I drove the pundits on the radio were talking about how President Trump has effectively banned the Chinese tech giant Huawei from the USA. This made me think... President Trump is taking the line that being a Chinese firm, allowing Huawei to build much of a country's communication infrastructure means that said country would have access to pretty much all communications, and would have  the ability to turn it all off whenever the mood took them.
He's probably got a point.
But isn't this true of buying any such product from anyone? Much of the UK's electrical generating ability is owned by the French government. At the moment France and the UK get along reasonably well. But who is to say that this state of affairs will last? Conceivably the French may well pull the UK's plug at any future time when doing so would be to their advantage. It's the old public sector versus private sector argument, isn't it? Trying to get something cheaply by offering a private party the chance to make a quick buck isn't always the bargain it might seem to be.

I turned off of my usual route at Sissinghurst and headed to where my sat-nav told me the new geocache was. As I drove along a rather narrow lane I wondered if I was in the right place; the lane I was driving along looked rather like someone’s drive.
I was in the right place for one of the geocaches. And I was the first to find it too. Happy dance. I *could* have gone for the second one, but I chose to leave it for someone else and share the love.
As I drove on to work I found that my suspicions were correct - I'd just driven half a mile down a private road. Woops.

Work was a bit different today. With a colleague leaving to have a baby we had cake (and lots of it) but we also had one or two emergencies too. People watching the soaps and TV dramas get a rather odd idea of what hospital work is like. Let's just say that it wasn't fun...

Driving home wasn’t fun either. There were road works causing serious delays on the A21. I diverted cross-country to try to avoid them, abut as I drove along a lane there was a rather loud bash as something clouted the side of my car. (I wonder what it was). And then once I’d bypassed the road works I found myself stuck behind a *very* slow-moving tractor.

I came home just as "er indoors TM" was going out. She’d left me sausages and chips, and I devoured these whilst watching a film on Netflix. “Passengers” was a film we watched at the cinema on 2 January 2017. Reading my diary of that day I was quite scathing about the film then. I quite liked it this evening…