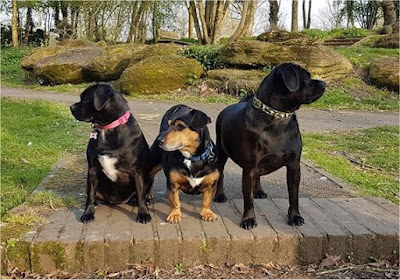 I had something of a restless night. Eventually I gave up trying to sleep, and watched an episode of "Uncle" that the SkyPlus box had recorded for me. It seemed vaguely familiar. I can remember seeing the first season - have I already seen the second season too?
I thought better of turning on the lap-top; being on an early start meant I needed to get a move on.

The roads were far busier today at seven o'clock than they had been yesterday.
As I drove the pundits on the radio were interviewing the UK Children's Commissioner. She has had a revelation. Apparently those children who get themselves suspended from schools are *exactly* the sorts of children that are likely to get into trouble when not at school. Consequently she thinks that schools shouldn't be so quick to give suspensions and should think of other ways to work with these "challenging" children.
The woman is a genius - even if I did write to the head teacher of Swadelands school (many times) saying exactly this some twenty years ago. "Suspension" is no punishment at all for a recalcitrant child. If you reward their bad behaviour with a day off, they are going to play up again and again. Finally someone in authority has realised this; even if it is twenty years too late.
There was also Brexit talk. Parliament is to review two petitions today. One petition demands that the Brexit referendum of three years ago should be honoured. The other demands the decision should be reversed. Despite one petition having ten times the signatures of the other, the politicians being interviewed insisted that the "democratic" thing to do would be to support the minority position.
Go figure (!)

I got to work early. I like an early start if for no other reason that I get to work early anyway because the roads are quieter then. During a lull in proceedings I phoned my local hospital. Three weeks ago I went for an appointment about getting my lose re-bored. I was told I'd probably have surgery some time around November. I hinted that this was perhaps an unreasonable length of time to wait. The secretary with whom I spoke said that I'd not been on their books for very long. I explained that I was scheduled for surgery in January 2017 and I'd had to postpone as I was starting a new job, and that they had lost all the paperwork. She didn't actually say "f... off fatso", but that was effectively her sentiment.
I can remember that the last time I had my nose re-bored, I only got anything done by continually putting in formal complaints. Do I really need to start whinging at them again?

An early start made for an early finish. I came home and took the dogs round the park. As we walked we met an old friend, and an ex-cub’s mother. It was good to have a little catch-up. I did try to get the dogs to pose for a photo in the Chinese garden. They weren’t having any of it…
And with dogs walked I spent over half an hour putting little slips of paper into the film pots I intend to shove under rocks tomorrow.
"er indoors TM" boiled up sausages and chips, then went bowling. I watched last night’s episode of “Victoria” then found myself getting a little bit cross..

The series of geocaches I intend to put out tomorrow is (effectively) to replace the series I put out round Challock three years ago. Someone who only started hunting out film pot from under rocks last September sent me a rather comprehensive list of the failings of that series round Challock. Had she not seen that one hundred and seven other people had already walked the route without incident?