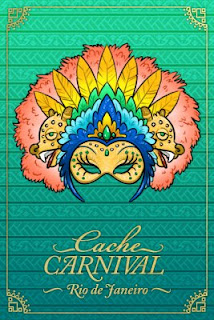 The original plan for today was that I would be working an early shift. And consequently would be getting up at about six o’clock. Bearing in mind last night’s little drinkie with old muckers it was as well that I’d been asked to swap into the late shift today.

After a rather restless night I came downstairs about two hours after the early shift would have started. Over brekkie I looked at the Internet to see if it had changed much since yesterday. Some friends were having birthdays. I posted my birthday video to those whose settings would allow me to do so. And didn’t to those whose settings wouldn’t let me.
For once some people had posted photos of what they had been doing yesterday. I like being nosey, and I like seeing what other people have been up to. It would seem that whilst I was scoffing myself silly with friends yesterday evening I missed a rather good geo-meet.
More lies about Brexit were being circulated; this time by the remain brigade. There was a meme being circulated which claimed that UK trade with the EU countries last year was worth more than the UK’s trade with the USA, China, Japan, Australia, Mars, and even Cloud Cuckoo Land all put together. It didn’t take more than ten seconds on Google to see that the first figure quoted in the meme was actually wrong.
I checked my emails. I’d been awarded a geo-souvenir because of all the favourite points my new geo-series had accumulated. I was pleased about that. I’ve got all of the latest batch of geo-souvenirs now.

With brekkie scoffed we took the dogs out to Brook for a little walk. There was a geocache there that neither of us had found. To locate it you had to find a number from a post box, do some sums, and then walk a short distance to the final hiding place. I found the number on the post box, I used the degree I have in mathematics (I actually have one!) to work out the longitude and latitude. I plugged these numbers into the geo-app on my phone, and found that what I'd worked out was about ten miles away. I rechecked my sums, and on realising that three times three is not four I soon had a location within a couple of hundred yards.
The cache had been hidden in what looked to be a private petting zoo; the dogs got very excited at the sight of the chickens and sheep. Luckily I saw the film pot we sought laying on the ground from ten yards away, so we didn't have to hang about.

We then popped up the road to the church. "er indoors TM" owns the geocache at that church, and there had been reports that the thing needed a tad of maintenance doing.
Geo-maintenance is something that winds me up. There are two types of hunters of Tupperware; those that log that caches need maintenance, and those that just do the maintenance anyway. Most requests for maintenance are because the paper logs are full and need replacing.  How hard is it to carry a sheet of A4 paper (sliced into strips) and pop in a strip when needed?
Some requests for maintenance are because caches are broken. However most caches are little plastic pots; you can get them (three for a quid) from the pound shop. Is it *really* unreasonable to carry a few of these with you and put one out if needed?
Having said that, there are those that delight in charging out to do their own maintenance. (And for all that it is the easiest thing in the world to carry spares, I often forget to do so myself).
Each to their own , I suppose.
We found "er indoors TM" 's cache. It wasn't in pristine condition, but it wasn't *that* bad. We replaced it, quarrelled with a passing Labrador, and came home again. If nothing else it was a walk for the dogs.

Once home I swapped out of my boots, and leaving "er indoors TM" to attack the laundry I set off to work. The pundits on the radio were broadcasting something about the role of the resistance fighters in the last great war. I listened for a bit, but my attention wasn't on it, so I turned to my dreadful taste in music instead. As I drove up the motorway I became conscious that nothing was coming in the opposite direction. After a while I saw why. A car had broken down, and the pick-up truck sent to fetch it was taking up both lanes. As I drove past this I could see that traffic was stacked up for miles behind this broken-down car.
With what was once a three-lane motorway reduced to a two-lane dual carriageway, this "Operation Brock" isn't the rip-roaring success that the government would have us believe that it is.

I got to work and went to the canteen. It was far quieter (being a Sunday) that usual. I demolished a plate of chicken and chips, and followed it with chocolate and orange pudding with custard.
Very tasty.
Feeling rather full I got on with the work. During a lull in proceedings I wrote up some CPD. It's dull, but it needs doing.

As I worked I looked out of the window at the rain. I’d rather not work at the weekend, but I don’t mind *that* much if it’s wet…