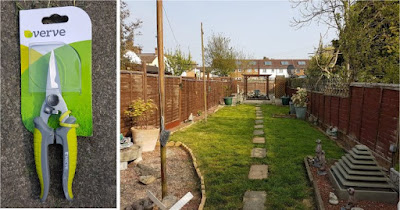 As I drove home after a surprisingly busy night shift I was pleased to see that “Operation Brock” had been lifted. Or, that is, it had been lifted on the eastbound carriageway. Going home was straight-forward, but I could see that heading up the motorway was still something of a nightmare with the contraflow still in place. I wonder where the Highways Agency will store sixteen miles of barrier?
As I drove the pundits on the radio were interviewing the Archbishop of York about the recent fire at the Notre Dame cathedral. Close on a billion Euros have been donated to restore the building to its former glory whilst millions of children still die of hunger. The Archbishop spoke for an age without actually saying anything at all. I don’t think he realised he’d been asked to take part in an interview, not to give a sermon. He was clearly unsettled by having his pontifications challenged. The average vicar is used to droning on safe in the knowledge that their listeners don’t really take any notice, and clearly Archbishops have developed this to a fine art. “Blah, blah… platitude… bible quote” works to a disinterested congregation, but not on live radio.
I’ve since seen quite a few people posting on Facebook and elsewhere that the money raised to repair the cathedral might be better spent on feeding the starving. Perhaps it might well be.

Once home I walked the dogs round the park. I’m trying something new with Pogo. He can do “sit” (after a fashion) so we are regularly stopping and doing “sit”. He gets a good fuss when he does this. It did distract him from one or two bigger dogs with which otherwise he might well have picked a fight. However one or two other dogs (or specifically their owners) did make a point of coming and bothering him. I wonder if making him a “yellow dog” for a while mightn’t be a good idea.

I went to bed for the morning. Just as I nodded off the doorbell rang. It was the postman with "er indoors TM"’s phone. It had been sent away for repairs which (apparently) had been done in the factory just down the road. The postman knew all about it and wouldn’t shut up. Once he’d (twice) told me all about how close the factory was, and how far the parcel had travelled he then started telling passers-by about it.
I just wanted to go to bed.

I finally got to bed; I got a couple of hours asleep. I scoffed a late brekkie then went into the garden. I got some garden scissors from B&Q last night and I used them and the strimmer to sort out the paving slabs, mowed the lawn again, and then pressure-washed the paving slabs. By the time I’d taken a few buckets of water to the bigger pots my back was rather painful. I’ll sort the smaller pots later.

I then had a shower and the shower hose attachment snapped off. "er indoors TM" was surprisingly relaxed about it; I thought she might break my face (!)
If any of my loyal readers are a dab hand with a monkey wrench, or could recommend a good plumber…