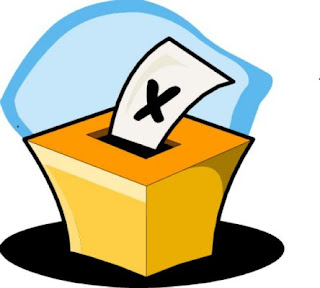 Another good night’s sleep. Despite treacle whinging to be picked up on to the bed in the small hours I got seven hours sleep last night. That’s not to be sniffed at.
I got up shortly after seven o’clock, set the washing machine loose on my undercrackers, and peered into the murk of the Internet to see what I’d missed overnight. This morning Facebook presented me with quite a few posts from local political groups who were clearly angling for the upcoming local elections. The posts from the local independents had been taken over by some idiot who didn’t understand that local councillors have no say over the Brexit negotiations. The people at the local Labour party and Green party were taking the line that I should vote for them because they aren’t as bad as the Conservatives. This got me thinking about the local elections. I had a little look on-line and (eventually) found that there are four candidates in my local ward. I get to choose between wanton greed (the incumbent party), well-meaning incompetence (the only ones who’ve actually been round dropping leaflets), shouting at foreigners, and tree-hugging.  It is strange that I see and hear more about the Ashford independents on social media than any other party, but they aren’t standing locally.

Despite the rain I took the dogs out. Because of the rain we had a rather shortened walk; up to the station and back home along the footpaths. They got a little run, and we didn’t have a set-to with anyone or anything.
As we came home I saw there was a car parked round the corner where you aren’t allowed to park after eight o’clock. If we park there we have found tickets on our cars at one minute past eight, and traffic wardens standing waiting at five to eight. However this morning that car was there with no parking ticket having been parked for over an hour longer than it should have been.

I spent a little time looking at the fish pond. The filter is doing its thing rather well. I would have liked to have pootled in the garden, but the weather was against me today. Instead I came in, then went back to the garden to order the dogs in. Fudge was guarding the fish, and Treacle and Pogo were watching him just in case they were missing something.
With hounds rounded up I locked the back door, then pondered the geo-map some more. I’d like to find another place to put out another series of geocaches. However it has got to be easy for me to go do maintenance with the dogs. Which means loads of footpaths, no cattle or horses, no gates or stiles. A wood would be ideal. However the obvious candidates (Orlestone Wood, Ham Street Wood and the one out at Smarden) are all sites of special scientific interest, so they are out.
As I pondered I listened to the tumble-drier. It was making some seriously bad noises. I think the thing is past its best. Not daring to leave it unattended I turned it off, kissed each of the sleeping dogs, and set off.

As I drove, "Women's Hour" was on the radio. Today the presenters were talking about the potential effects of Brexit on women. Apparently Brexit will be far more serious for women than it will for men(!) I *really* couldn't understand how, but according to the presenters, trade tariffs under World Trade Organisation rules would be far more onerous to a woman than to a man.

I stopped off at Matalan where I got some new trousers for work, then headed off to Canterbury. I had planned a little geo-mission for myself in Chilham, but with the rain getting worse I abandoned that idea and went straight to Go Outdoors.
I arrived there to find an elderly couple who were having a little "episode" in the car park. They weren't actually hysterical, but were rather excited as they had managed to crash their car into the outside wall of Go Outdoors. As I walked into the shop I told the welcoming assistant (who was grinning at all new customers) about their little fracas. That wiped the smile off of his chops.

The nice lady in the shoe department helped me get some new walking shoes (sixty quid), and I got some insoles for my walking boots too (a tenner). I also bought more trousers (fifteen quid), a fishing bucket (a tenner), a new box for my fishing tackle (twenty quid), walking socks (a fiver) and a tenner's worth of assorted baits. When I came to pay, the nice lady on the tills asked for sixty-five quid.
I couldn't get out of the shop quick enough.

I had planned to stop off in Faversham for geo-reasons, but with the rain showing no signs of abating I carried on driving. I went up into Aylesford where I went to the pond shop and got a rather large bag of food for the Koi before heading to work.

I went to the works canteen as I do on the late shift, and today I had something of a first. I had a dinner that wasn't anything special. It wasn't bad, but usually I come out of the canteen and tell all my colleagues that they should have the dinner and how good it was. But today's sweet & sour chicken was just rather average; and the chocolate pudding with chocolate custard wasn't anything to write home about either. Well... to be fair it was a good dinner, but the standard has been so high recently that I was rather disappointed.
But it set me up for a rather busy late shift, and that is never a bad thing…