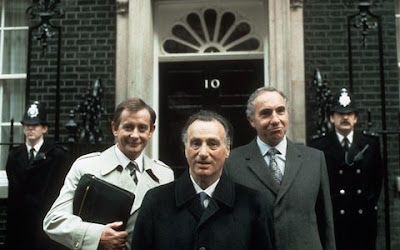 I had a rather uncomfortable night. Having stuffed myself with all sorts of goodies at yesterday's family barby, my stomach wasn't sitting well. I eventually nodded off only to have Treacle and Pogo wake me with a fight in the small hours. They get rather territorial over who is on the bed and who is not.

I got up early. I could have watched last night's new episode of "Game of Thrones", but last week's one was something of a disappointment. I watched an episode of "Fleabag" instead. I think she is going to try to pork the priest. It's what fleabags do. And priests (judging by my experiences of a nurses’ home).

I set off from home shortly after half past six. Pausing only briefly to totally fail to find a geocache I failed to find last time I set off up a motorway which was surprisingly busy for seven o'clock on a Bank Holiday.
As I drove the pundits on the radio were talking about the bombings in Sri Lanka.
Will people never stop trying to kill each other?
There was talk over how the Ukranians have elected a comedian to be their President purely on the strength of the popularity of a comedy character he once played. There are those who see this as a snub to the incumbent. There are those who see this as rather entertaining. Those with any intelligence see it as the end for Ukraine as the Russians will walk all over this bloke. I see it as yet another example of why democracy doesn't work.
Mind you I did chuckle when I heard that the chairwoman of the Human Fertilisation and Embryology Authority (HFEA) was expressing concerns that fertility clinics were using blatant sales techniques on their potential clients.
What does she expect? If you are running what should be a public service as a for-profit business venture, then you are going to do your best to drum up some trade, aren't you?

I got to work. I thought about having a fry-up. As my stomach gurgled I thought better of the idea, and got on with some work instead. There are those who feel that people shouldn't work on Bank Holidays. Mind you that is "people in general" - I've never met anyone who feels that a blood bank should ever put up a "closed" sign.
I had a rather busy day. ​ To be honest I've had a rather busy weekend. I could have done with a day of rest today; not a day of going back to work.

Having done my bit I came home. "er indoors TM" had been busy tidying, and so I joined in and spent an hour or so in the garden. I ran out the hose to top up the pond, and then ran round with the strimmer and the lawnmower. One of the fish looks to be on the way out. I’m hoping he might perk up, but I think he’s a bit beyond “perking”.

"er indoors TM" boiled up a rather good bit of dinner which we scoffed whilst watching the last episode of the most recent season of Star Trek: Discovery. I wanted to watch it; I wanted to like it… Oh, it was tedious. Such a shame…