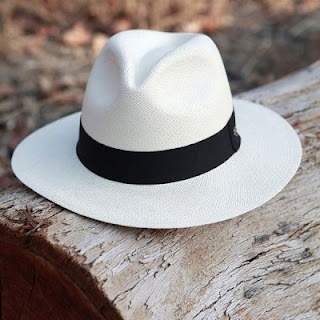 I slept well despite rather vivid dreams about Margate council having bought some new islands. I wonder what that was all about?

Over brekkie I watched another episode of “Uncle” then did the end-of-course quiz for my Coursera course. Before I started it, I had been told that only thirteen per cent of people passed on the first attempt. I didn’t. Oh well – I can re-take the test any time I like.
I then had my morning look at Facebook. Two Facebook “friends” were having birthdays. One was a good friend; the other someone who send me a friend request because he once went to the astronomy club about six years ago. I sent one a birthday message because we have had quite a few fun times together over the years. I deleted the other from my list because I have absolutely no idea who he is.
I checked my emails. There weren’t any worth mentioning. I got myself dressed (which is far easier when the dogs are asleep) and set off work-wards.

It was rather cold as I set off towards work this morning. As I drove the pundits on the radio were still droning on about Brexit. It never fails to amaze me that every politician wheeled on insisted that their opinion was based on "the will of the people" even though no two politicians agreed on anything. I had a look at Wikipedia this morning. When “the people" last showed their "will", the voting figures were pretty much evenly spread between leaving, remaining and "don't know/ don't care" (37.4%/34.7 %/27.9%).
Perhaps this explains why the politicians are in such a dilemma. There really is no clear mandate for what to do.
I must admit I can't help but laugh at all the calls being made to get rid of all the politicians at the next round of elections. Those trying to sort out the mess the country is in have a thankless task, and for all the hot air being vented on social media I don't see many people with any practical ideas standing for office.

I stopped off at Aldi to get some bits and pieces. As I pulled up, I counted four police cars in the car park outside McDonalds. Perhaps the rozzers have some arrangement with the local villains that eight o'clock is brekkie time? Certainly there wasn't much crime fighting going on this morning.
I got some bit and bobs from Aldi, including a "cat fishing rod" which I thought might come in useful for winding up the dogs.

I got to work and told off one of my colleagues. He was banging on about how the UK (supposedly) spends so much money on foreign aid. In the first instance, is it wrong to help people less fortunate than yourself? And in the second instance what he was saying was factually wrong, as proved by thirty seconds on Google.
Why do people carry on perpetuating these lies about how much the UK spends on foreign aid? Is it because of a hatred of foreigners or just plain stupidity?
Neither is very reassuring.

I did my bit and came home again. Coming home took some doing with the motorway seriously blocked up. I stopped off at the home of the first fruit of my loin. My wedding suit had arrived. I’m forbidden to talk about it; let along post photos, but I would say that it might benefit from a sexy hat.
Am I old enough to get away with a panama? They ain’t cheap…