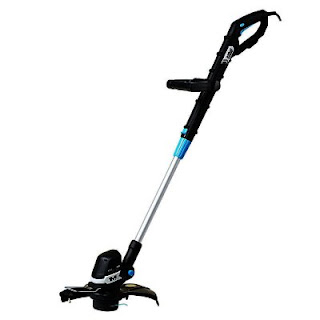 I had a good night I suppose. I will probably have better nights once I get my nose surgically re-bored. It’s been over five weeks since I went to the hospital to see the specialist and I’m still waiting to hear back from them about a date for the surgery.
As I scoffed my toast I had a look-see at the Internet. Not much had happened on Facebook overnight, and I’d not had any emails that had been worth the effort to send. I pootled on the Internet for a bit, then got dressed.

I got the dogs into the car and we drove up to Kings Wood for a little walk. This place has the advantage that the dogs can run off of the leads, and we rarely meet anyone else.
Within seconds of starting our walk the dogs were barking at someone who was rummaging very suspiciously in the undergrowth *exactly* where I’d hidden a geocache a few weeks ago. It was an old geo-pal. We chatted for a bit, then I went onward with the hounds. Or (to be precise) with two of them. Fudge straggled behind as he does, and then he flatly refused to go any further.
Having walked round Kings Wood a few times recently planning a geo-walk and stuffing film pots under piles of sticks, we’ve always gone the same way round. Today we were just there for a walk, and so I thought we’d go the other way round. Fudge didn’t like that at all. In his mind we have set walks, and he *really* doesn’t like any deviation from them. Eventually we encouraged him to follow us, but I could tell he wasn’t impressed.
I took a few photos as we walked. Kings Wood is a lovely place for a walk. Today we only did a short loop, but it was still pretty.

As we walked I spotted some of the geocaches I’d put out there only a few short weeks ago. Some were as I’d left them. Others had migrated a few feet or a yard or so to where people had thought might be a better hide. For all that the etiquette is that you put it back as you find it, this happens quite a bit. It’s a nuisance. But if all you can grumble about is someone moving your film pot a yard or so, then you are doing far better than a lot of people in this world.
Some people who’ve hunted for the Tupperware I’ve hidden there have told me of a white deer in the woods. I deliberately didn’t holler out for Fudge to keep up in the hope that I might see that deer, but it didn’t happen today.
When he was on the lead today (on the stretches to and from the car) Pogo was as good as gold. When we go out mob-handed he pulls like a train; desperate to be in front. When it is just me, he can behave himself. Nobody ever sees the dear little pup he can be, which is a shame.

With walk done I quickly popped to B&Q to get that strimmer I forgot to get yesterday. Once home I had it assembled in seconds, and it has done a wonderful job on the edges of our lawn. Effectively between yesterday and today the lawn has been scalped. I really should give it a “proper” mowing tomorrow.

I spent the afternoon asleep, then (feeling like death warmed up) I watched a couple of episodes of “Fleabag” which was rather good. Yet another thing I’d missed.

Once "er indoors TM" has boiled up some dinner I’m off to the late shift. I might go via B&Q. Is there such a thing as “garden scissors”? I need to trim up round the stepping stones in the garden without totally knackering my new strimmer...