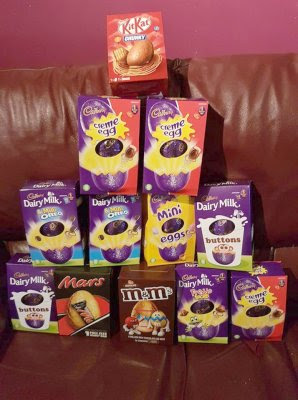 Despite the dogs being very quiet last night and despite not having stuffed myself, I had a rather restless night. I eventually gave up trying to sleep shortly after five o'clock and came downstairs. As Fudge snored I scoffed a bowl of granola whilst watching yesterday's episode of "Game of Thrones". It was... dull. The Sky-Plus box told me it would play for an hour and a quarter. Fast-forwarding through the adverts shaved twenty-five minutes off of it. But it was still fifty minutes of not much. I can't help but feel that this is another of those shows that started well, but was written with no end planned, and the writers are just spinning it out as long as they can since the advertisers will pay a fortune to be in the advert breaks.

I got dressed and popped out to the pond. That fish that looked to be on death's door yesterday had perked up, and was swimming round with the others. I'm glad I didn't pull the thing's plug for him now.

I fussed Fudge, then set off to work. As I drove the pundits on the radio were again talking about the bombings in Sri Lanka. It is now felt that there was a religious motive in that it would seem to have been predominantly Christians who were killed. Why on Earth would someone kill someone else over their choice of invisible friend?
There was also talk about the Prime Minister. Despite her having won a vote of confidence at Christmas time and it being announced that she was secure in her position for at least a year, there are now so many calls for her resignation that she may well be gone by the end of the week. For all that she is probably the worst Prime Minister we have ever had, I can't see anyone else making a good job of the hand they will be dealt.
And there was also talk about President Trump making a state visit to the United Kingdom. The general feeling was that the average Brit doesn't have much respect for the chap. He is seen as something of a dangerous idiot, and any visit will be plagued by non-stop protests. No one is really sure why he has been invited on a state visit.
Perhaps Mrs May thought it might deflect the public's attention away from her?

I got to work and got on with it. At tea break I saw I had an email from the managing director of Kelly International Transport. He apologised on behalf of his company for the way the driver of one of his lorries had behaved on Friday. I saw that as a minor victory.
I also had an email from Amazon to say that the belt buckle I'd ordered a few days ago (on next-day delivery) was in the locker just up the corridor. I went and got it. It's rather handy having an Amazon locker at work. But it is a pain seeing something advertised as "order in the next three hours for next-day delivery", ordering it there and then, and waiting two days for it. It has been my experience that Amazon's next-day delivery isn't what it might be.

An early start made for an early finish; I drove to the garage. Last night I’d had a message from them that I had won a prize in their Easter draw. I drove along expecting a rather small Easter egg; I got there to find that I’d won a dozen of them. That was something of a result.
I came home, and took the dogs round the park. They ran off of the leads. They came back when called. They didn’t pull when on the leads. “Sit” is actually working with Pogo. It was only when we got home that I realised that Pogo and Treacle stank to high heaven and were both covered in slimy mud. I didn’t see them go in the river. With no working shower, washing them off took some doing.

With dogs washed I went and checked on that iffy fish. He seems to have made a remarkable recovery.
"er indoors TM" came home and made something rather good out of chipolatas which made for a very tasty dinner. We devoured it whilst watching last week’s episode of “The Orville” which was (sadly) streets ahead of last week’s episode of “Star Trek: Discovery”. I then slept through last night’s episode of “Ghosts”.
Perhaps I might just actually have an early night tonight?