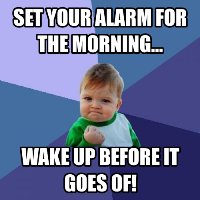 I woke early, but rather than spending half an hour or so watching stuff on the telly that "er indoors TM" don’t like, I spent half an hour letting dogs in and out of the garden. As I did so I noticed that there were no light on in “nutty next door”. There hasn’t been any lights on in that house either early in the morning or late at night for a couple of weeks now. There used to be. Perhaps they have gone on holiday, or perhaps they have gone for good.
I sparked up my lap-top and had a look into the Internet. I widened my circle of friends on Facebook, then checked my inbox. There were more job offers from a laboratory in Essex. Whilst not far away in a straight line, Essex isn’t really practical. But I did have an email from Mrs Ruth Benson who lives in the Ivory Coast. She wanted to “donate and hand over some fund to you for charity work for community development (Like: Building home for the old aged, Orphanage Homes, taking care of the widows in the community etc)”.
You have to admire the tenacity of these scammers.

Bearing in mind yesterday’s being late to work I set off half an hour earlier than usual. As I drove the pundits on the radio were talking about all sorts of stuff.
They started off with diesel cars. Year of official advice has prompted people to buy diesel cars, and now that diesel is seen to be responsible for all of the evils of the world the tax on diesel cars is going through the roof. This is felt to be somewhat unfair on the people who bought diesel cars following official advice.
The Prime Minister has dropped hints that she might not be quite as harsh as has been suspected. I’m just glad I decided against diesel. I can remember when the stuff used to freeze in the winter.
My piss boiled when the pundits then turned on the NHS (again). Now it seems that the problem with the NHS is a total absence of long-term planning. What utter rubbish. It is patently obvious that the problems facing the NHS are due to *far* too much long term planning. For as long as I’ve been working for the NHS I have seen government initiative after government initiative brought in only to be abandoned after (at most) a year. Far too short a time for any effects of said initiative to be felt. What the NHS really needs is far less of these plans. The NHS needs one plan, and needs to be left for that plan to actually take effect.
Oh – and a seven-foot-long tuna has been found (dead) floating in the River Severn.

Having left home half an hour early I got to work an hour and a half too early. I read my Kindle for a bit, then went into work and did my bit. I was late getting out and after getting stuck in traffic I came home to see my former employer had sent me a letter. They have invited me to become a public member of East Kent Hospitals NHS Foundation Trust. I might just take them up on the offer. It don’t cost anything and if I get bored it might be a chance to do some good.

Today was rather dull really…