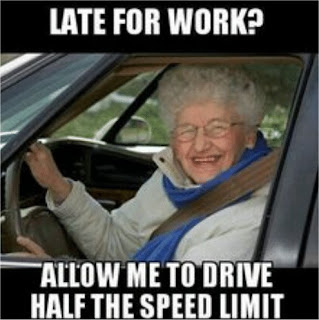 Again I had night plagued with dreams set in somewhere where I used to work. I expect there is something deeply psychological about it.
I got up and made brekkie. Despite my constant encouragement "Furry Face TM" just looked at me from his basket. But after a few minutes "er indoors TM" came down for the loo and my dog was immediately up and following her. Dogs make no secret of who their favourites are. But once he was up he came and sat with me. Having found where the puppy had hidden his comb I spent a while combing and brushing him. He likes that. As I fussed him I watched an episode of “BattleStar Galactica”. Yesterday I mentioned how unconvincing the blood in that show was. Today I was similarly unimpressed with the nudey sauce romp that Starbuck was having. Now I’m no expert on filth, but I have always been of the opinion that in order to have sex properly you need to take your pants off first.

I sparked up my laptop. There was little of note on Facebook, and other than adverts about jobs in Merseyside and Wales I had only one email. It was from the South Ashford Community Forum. Someone relatively locally wants to turn their garage into a shop. My first thought was to let them, but then there’s very little parking in the area and the streets are rather narrow. Perhaps not such a good idea.

I set off for work through the rain. I got to within four miles of work and hit the same traffic jam that held me up last night. I then moved at a snail’s pace as the pundits on the radio drivelled on about congestion charges, how National Trust have boiled the piss of the Church of England (by dropping the word “Easter” from their activities), and how some chap in America claims to have used science to prove that philosophy really is the load of old tosh that we all think it is.
I always set off to work early so I can get there with time to spare; I arrived half an hour late this morning having taken over an hour to travel four miles. But bearing in mind this is only the second time I’ve been late in thirty-five years I’m sure I can get away with it.
I suppose it was only right that I was half an hour late getting out this evening.

As I walked to my car I spoke with "Daddy’s Little Angel TM" on the phone. The police *had* come round to talk to her following Sidney’s having been savagely attacked yesterday. She seemed impressed with the copper, but from what I can see the chap was all fart and no turd (to coin a phrase).
He spoke a lot, but after all the talking was done there was nothing that the copper could (or would) do. Despite having been made aware of a dangerous uncontrolled dog (and been shown Sid’s scars) the copper says he has to wait until a human is maimed before he can actually do anything. Mind you the copper has now spoken to the owner of the dangerous dog. This owner seemed to have made all the noises that the copper wanted to hear. He’s even offered to pay the vet bills. Let’s hope he does.

Being a Tuesday the clans would usually gather. But with most people being unavailable we had a lazy evening in. I might have an early night – I need an early start tomorrow to not be late to work again.