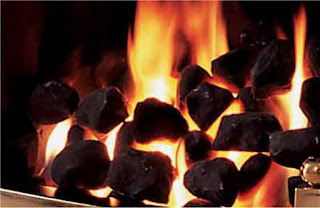 I was rather late to bed last night. My desk-top PC has become so slow it is practically useless. I had ths idea that the free AVG antivirus wasn’t up to the job and McAfee might be better. When I got my lap-top I got a deal with McAfee that I could run their software on any device I own. It took an age, and I gave up struggling with it shortly before midnight.
The bin men woke me just after 5am as they were dragging the bins about. They weren’t excessively noisy, but noisy enough to wake me. And why were they dragging bins about anyway? They flatly refuse to empty any bin that isn’t already on the pavement, and at 5am a team of bin mem walked up the road moving each bin from the houses side of the pavements to the road side of the pavements. Each bin was probably moved about four to five feet.

Having been woken I got up and had my morning fix of “BattleStar Galactica” then had a look on Facebook to see what I’d been missing. It seemed that quite a few people were out and about having a day off yesterday.
My piss boiled at one political post I read. “It's about nurses being paid more”. I get rather frustrated that people always think of nurses but never give a thought for the pharmacists, physiotherapists, med-lab assistants, medical secretaries, gardeners, porters, podiatrists, speech therapists, radiographers, biomedical scientists, art therapists, psychologists, dieticians and endless other medical professionals who *aren’t* doctors’ nurses or administrators.

Just as I was activating the email circuit of my lap-top the dustbin lorry came up the road (just before 7am) almost (but not quite) two hours after the bins had all been scraped about the pavement. However the 7am people made a point of shouting up and down the street whereas the 5am bunch hadn’t done so.

I set off to find my car; weaving my way in and out of the bins which had been scattered all over the pavement. Once in my car I listened to the radio. The pundits were interviewing a young chap who had been convicted of computer hacking. Apparently the vast majority of computer hacking is done by teenagers either because they can, or as what many kids see as a “moral crusade” (?)
There was also a discussion about what constitutes “being rich”; interestingly none of the politicians being interviewed would put a value on “being rich”.

I got to work, and had a rather busy day. I won’t go into details but suffice it to say the reality of emergencies in hospital work isn’t quite as glamourous as the telly would have us believe.
I came home, and joined "er indoors TM" as she took the dogs for a walk. The evening stroll is getting progressively more and more painful. This is something of a nuisance for someone who (up till now) walks rather a lot.

In closing today did you know that today not a single volt on the National Grid came from coal? A combination of low demand for electricity and plenty of wind meant the UK went for twenty four hours relying on just gas, nuclear and renewable energy.
How about that!?