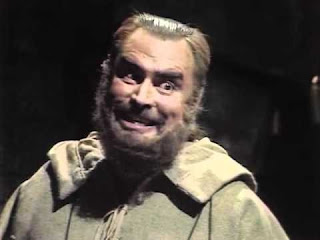 I didn’t have quite the early night I was planning last night, and after four hours sleep I woke to find "Furry Face TM" standing over me having a woofing fit. Shortly after I settled him I was woken by the puppy marching all over me. But when I went down for brekkie both dogs were sound asleep.

I watched my morning fix of telly then sparked up my lap-top. Last night the thing wouldn’t shut down. This morning it took an age to get going. But once it was up and running I used it to peer into cyberspace. I had my morning nosey on Facebook. I was rather amazed at how many of my more sedentary friends have taken up running. It seems to be the in-thing at the moment. Perhaps if my foot wasn’t so painful I might have a go. But I think it fair to say that jogging is contra-indicated when you have a bunion. I also saw that Brighton Kite Fliers are crowdfunding to try to finance the kite festival this year. In previous years Brighton council has given them thousands of pounds to help finance the event, but times are hard. If any of my loyal readers would like to donate, you can do so by clicking here.
I also had a few emails offering me all sorts of bargains, and the opportunity to increase the size of my “member”. Bearing in mind the puppy fanged my “member” (right through my pyjamas) yesterday I’d be inclined to give her less of a target.
I also had an email from the South Ashford Community Forum saying someone was applying for planning permission for a loft conversion, and how the council wanted to build a car park on disused land. I can’t say I’m really bothered about this, but I suppose it pays to be aware of what’s going on locally.

I then had a genius idea about my FTP problem. I deleted the installer in my download folder, downloaded another and tried again, and all worked perfectly. I fixed the problem in less than two minutes. Odd how the fix was so obvious this morning when I’d spent over an hour fighting with it last night.
Flushed with success I set off to work on a rather bright (if cold) morning.

As I drove the pundits on the radio were announcing the amazing revelation that regular exercise is beneficial for the over-fifties. As well as keeping the body in working condition it also helps the brain. I thought this was common knowledge, but apparently not.
There was also the announcement that following the upsurge in fake news all over the Internet, the founder of Wikipedia is launching a news website. Bearing in mind how anyone can post any old trip on Wikipedia I can’t see how wiki-news can be anything other than made up as it goes along.

I got to work, did my bit, and came home again. The traffic in Ashford was terrible this evening; it took longer to drive across Ashford than it did to get to Ashford from Maidstone. Once home I zoomed my dog round the roads whilst "er indoors TM" took the puppy to puppy class.
It was then that my phone beeped. An email. Someone had read yesterday’s blog entry and had recommended some weight loss website. My McAfee anti-virus stopped the malicious content on the website to which I was recommended (I hope). I had a look at the “three week diet” but decided against it, if only for the fact that I don’t like this blatant plugging. And that I doubt if it would work anyway.

Being Tuesday the clans gathered. Not many of us this evening, but we got to watch Blake’s Seven – the episode with a very young Brian Blessed in it. Quality…
Posted by Manky Badger at 10:17 pm