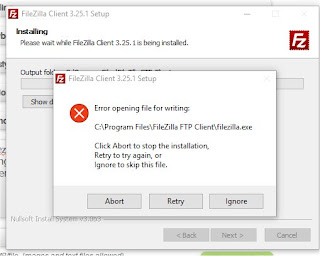 I slept like a log last night; nearly six hours sleep. Not too shabby at all. I was still wide awake by 5am though. Over some toast I watched more “BattleStar Galactica” as my dog snored, then I stood on the scales. I weigh one hundred and eight (point four) kilograms; a shade over seventeen stone. I need to diet again.
I hate being fat. Everyone makes what they assume to be jocular light-hearted comments about my weight. I smile, but I *do* mind being fat. And I especially hate the way that people who are not fat all have these stupid diet ideas. Eat granola, eat vitamin C supplements, score “treats and crime” foods, have days on and days off…. Over the years I’ve tried every diet there is. The only one which works for me is to count the calories in everything I eat and count the calories in all the exercise I do, and make sure that I’m using more calories than I am eating. I did this about five years ago and over a year or so lost about a third of my body weight. I was constantly hungry for a year, but that is how diets work for me. Unfortunately.
I then had a look on the Internet. There wasn’t much on Facebook (not even a squabble) and there were no emails of note (i.e. not in the spam folder).
However my FTP software seems to have crashed irreparably.

I set off to work; as I drove the radio failed to grip my attention. Somewhere up north some women’s rights crackpot is standing for parliament in the constituency of a (supposedly) misogynistic MP. Both were interviewed on the radio this morning; both were amazingly dull.
There was also a lot of talk about the upcoming French election which was also uninspiring.
I listen to the Radio Four current affairs program on the radio every morning deliberately so that I remain up to date on what is going on in the work. However the world sometimes is rather dull.

I got to work early; early Monday morning has become “microscope club” in which a group of us get together and discuss interesting cases of the last week. Today we talked about the May-Hegglin anomaly and various forms of leukaemia. Quite fascinating if you like that sort of thing; certainly more interesting than political drivel.
I then had a rather busy day.

I got home, and we took the dogs round the block for a short walk. Fudge behaved himself but the puppy was terrible. More puppy classes for her. "er indoors TM" boiled up a rather good bit of scran and I then had a few minutes on my lap-top. It took me an age to remember the login details for myfitnesspal dot com. I didn’t want to start a new account; the old account had a lot of the stuff I eat listed on there. I eventually got back into it. Do you know just how many calories there are in baked beans?
I then spent a few minutes struggling with my FTP… FileZilla has gone west. If any of my loyal readers can recommend any other FTP software I’d be grateful…