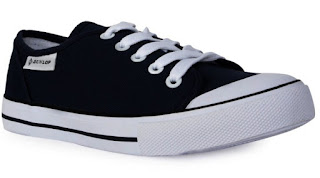 An afternoon sitting in the sun yesterday had taken its toll so I had an early night. An early night is always counterproductive; it would seem I get about the same amount of sleep every night so an early night just means I have that sleep earlier and consequently I was awake ridiculously early this morning.
Over brekkie I watched an episode of “BattleStar Galactica” then had a look at the Internet to see if anything momentous had happened there overnight. Facebook was interesting; so many people I know were on the beach at Deal yesterday. But although they all know me, none of the people posting photos from Deal knew each other.
I also had a pang of jealousy when I read a friend’s post. I went to Bromley Technical College with Della from 1983 to 1987. She was at my wedding, but over the years we’ve rather lost touch (apart from watching each other’s photos on Facebook). I knew she’s given up blood testing some years ago and had gone into teaching. She’d rapidly risen through the ranks to become a head teacher, and today was posting photos from her beautiful country cottage and was announcing her retirement. She’s only a couple of years older than me and has such a wonderful cottage and has now retired. For me retirement is ten years away (at closest). I know of several people who gave up blood testing and went into teaching and within a few short years were in incredibly senior positions.
Perhaps I should have done the same.

I got ready for work. In a novel break with tradition I didn’t wear my Doc Marten’s today. Over the last few weeks I think they have shrunk; they *really* hurt when I wear therm. I wonder what has happened to them. Instead I wore a pair of plimsolls. Back in the day the management would have gone mad about trivia like that. Nowadays no one notices.

As I drove through a rather bright morning the pundits on the radio were talking about a new play at London’s Royal Court Theatre are openly using autocues rather than learning their lines. The pundits were incensed at this revelation and were deploring the drop in standards. I must admit I couldn’t see their problem. Not learning lines is nothing new. Look at Arthur Lowe in “Dad’s Army” or William Hartnell in early episodes of “Doctor Who”. It was patently obvious that they could have done with autocues.

I got to work early; we had a morphology tutorial this morning. I quite like those. I then had a rather good day at work, and came home to walk the dogs. With dogs walked I moved some rubbish from the back garden into the front. I intend to do a tip run tomorrow. Will I do one? Time will tell. It always does…