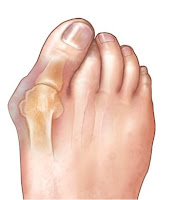 I slept like a log last night and woke to find I was cuddling my dog like a teddy bear. It was a shame he was upside down, but you can’t have everything.
Over brekkie I watched more “BattleStar Galactica” then had a look at the Internet. Nothing much had happened overnight, so I set off to work on a rather cold morning.

Election trivia still dominated the morning’s news on the radio. There was a ot of talk about how the ex-Chancellor of the Exchequer George Osbourne isn’t going to stand for parliament at the upcoming general election. He’s been in the news recently. He’s been appointed editor of the Evening Standard. In the last year he’s raked in eight hundred thousand pounds for fifteen speaking engagements. He also gets one hundred and twenty thousand quid a year stipend from a US thinktank and he works for four days each month for a financial consultancy firm for which he gets six hundred and fifty thousand pounds per year.
If I had that sort of money coming in I wouldn’t bother with parliament either.

I got to work early. I try to leave home about 7.30am when on a core shift. Any later and the roads round Ashford are too busy. Today the roads were empty and I was in Maidstone shortly after 8am. I made similarly good time coming home.
Sometimes the journey to or from Maidstone takes under half an hour, sometimes it takes over an hour. There is no reason to it.

Just as I parked up I had a text message from "er indoors TM" to say she’d already taken the dogs for a walk. I took a short cut and walked to the park where I met them. From fifty yards away I bellowed “where’s my dogs” and they charged to me like things possessed.
We then carried on with our usual circuit of the park. Or that is "er indoors TM" and the dogs did. I hobbled. Over the last year I’ve developed a bunion which is getting progressively more painful. Perhaps if I lost some weight the thing might hurt a little less…

Today was rather dull…
Posted by Manky Badger at 9:09 pm