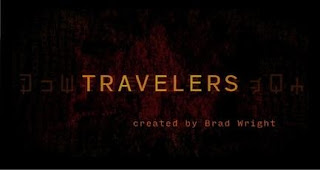 I woke rather early (as I so often do) and over brekkie watched “BattleStar Galactica”. Fudge sat with me; he must have eaten something he shouldn’t have; his stomach was making the loudest gurgling noises. Mind you he seemed to be all right in himself. Somewhat unlike me; I had woken feeling profoundly miserable. Having had a good few days off work I still have loads I’d like to do. Not that I dislike my job, but it does get in the way sometimes. Perhaps I really should price up an early retirement?

I then had a look at the Internet (as canine intestines rumbled). With very little of note I took my dog outside where rather than doing the sort of thing his stomach sounded like, he just barked generally.

Leaving "er indoors TM" with instructions for my dog’s tummy I set off to work on a rather bright morning. The news on the radio was rather depressing. Apparently it is standard practice for teenagers in London to carry knives and knife crime is something which seriously worries the new commissioner of the metropolitan police. Also half of the world’s heritage sites are plagued by illegal hunting and logging operations. I rather hoped the world would have risen above this.

I got to work and had a rather good day, even if I was stuck in very slow moving traffic on the way home. Once home I saw "er indoors TM" in passing as she took the puppy to puppy class, and I took Fudge for a walk. My "Furry Face TM" seemed to have recovered from whatever had upset his stomach and we had a good walk. Mind you he did find a discarded kebab in the co-op field. Perhaps that is where is guts ache came from?

Being Tuesday the clans gathered; tonight in Somerset Road. We put the world to rights, and then watched the pilot episode of “Travellers”. The show looks like it has promise, but on Tuesday nights over the last twenty-odd years I’ve said that about “Lost”, “Heroes”, “Bleach”, “The Flash” and “Heroes”.