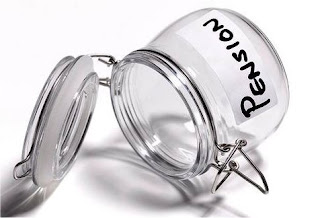 I didn’t really sleep that well (again) and was up by 5.30am. Over brekkie I watched an episode of “Dad’s Army” in which the highly secret agent (Captain Mainwaring) had to escape from a gorilla. Classic!
I then had a look-see on-line. Over the weekend a group of four people from Belgium had come to Ashford specifically to do all my Wherigos. Sometimes I get a little miffed that I put in so much effort to these Wherigos only to have no one bother doing them, but periodically people do make pilgrimages to Ashford for a large Wheri-session. I was rather flattered they they’d come along and done the lot. Mind you I’m not sure how the humour I write into the plots translates into Belgian but they seemed to like what they found.

It was a bright sunny morning as I set off to work. I spent a few minutes looking for my sunglasses before I pulled out. As I drove the pundits on the radio were discussing the forthcoming Perseid meteor shower. And as they always do when discussing anything space-related the whole subject was seen as an object of ridicule, with the presenters laughing out loud about meteors. They take every other news article *so* seriously when most of what they peddle is forgotten about within a few days, but anything not of this Earth is never taken seriously.
Once they'd laughed themselves out they then started talking about the wages of company bosses here in the UK. Apparently the average boss of any substantial company earns over one hundred times the wage of their average employee. I was rather amazed at the figure, but even more amazed at the attitude of those presenting this. Surely they must realize that top bosses make a fortune. It's an old concept called "capitalism". The idea is that you play on people's greed. It's been the way the Western world has worked for some time now. Can’t say I am entirely in favour of it…

I stopped off at Morrisons for some stuff for lunch. Being thoroughly sick of bananas I thought I'd try pears. I hunted around for some time; finally finding the pears in the fridge. Are pears supposed to be kept cold?
Ironically when lunch time came I found that I don't actually like pears very much. And the pear I ate gave me a stomach ache.

During the afternoon I took a few minutes out to speak to the pensions people. They confirmed what I suspected...
When I first started working in 1981 I started paying into a government run pension scheme. At the time it was made crystal clear that after forty years I would be able to retire at full pension. That would have been in September 2021. Only five years from now.
However successive governments of various political flavours have all reneged on the deal. I've now been told that I cannot get a full pension until my sixty-sixth birthday. That will be in February 2030. In fourteen and a half years.
The pensions people gave me a load of old flannel about people living longer and the country not being able to afford pensions, but that's not my problem. I bought something in good faith thirty-five years ago and now I find out that I'm not going to get what I've paid for. I’ve been done out of nine and a half years of retirement.
I would like to know through whose letterbox I might post a dog turd in protest.

I came home and took "Furry Face TM" round the park for a walk. We got there to find the fun fair was setting up. Unlike the “Create” festival the fun fair doesn’t shut off the park, and those people setting it up aren’t surly and miserable. Several of the people in the caravans came out to see my little dog. He seemed rather popular.

"er indoors TM" went off bowling, and I had an evening in front of the telly. “Killjoys” might have been good had I remembered what had happened in the last season. “The Last Ship” is fast running out of steam, and I slept through “Dark Matter”.
If only I could sleep tonight…