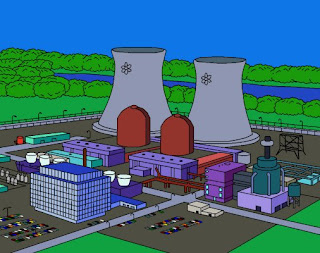 Last night I saw an episode for a TV show called “Top Boy”. It looked quite good; being all about London drug dealers. I downloaded the first episode and watched it this morning. It was rather good. I’ve set the SkyPlus box to get some more episodes.
I then quickly checked out my emails. I saw I had an endorsement on LinkedIn. Not much else of note had happened this morning.

As I drove to work the pundits on the radio were discussing the debacle of the proposed Hinkley Point nuclear power station. The previous government had somehow pulled a fast one in which the French company EDF and the Chinese government were going to build some nuclear power stations for the British. But apparently the new Prime Minister isn't so keen on the deal. The experts being interviewed were of the opinion that Mrs. May feels that having the Chinese building the UK's nuclear power stations potentially gives them a stranglehold over the UK government. The possibility was mooted that the things might be built in such a way that should the Chinese get the arse then they might be able to remotely either turn the power stations off or blow them up.
Mind you as the chap being interviewed said, would anyone ever trust the Chinese to do anything ever again if they pulled such a fast one. Is anyone *seriously* considering such a ludicrous scenario? Unfortunately it looks like the government is doing so.

I got to work, did that which I couldn’t avoid, and came home. I collected my dog and walked round to visit "My Boy TM". Cheryl had done a rather good bit of dinner, and I played basketball and limbo with Lacey in the garden whilst the dogs ran riot. I would like to have stayed longer, but I was rather tired. I’ve worked for three days on the trot and I’ve got to work a fourth tomorrow. I’m finding this working to be a tad like hard going…