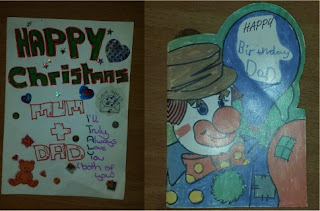 I got up for the loo in the middle of the night; my little dog seemed fine. I came down shortly before 7am and he was laying by the back door. I opened the door and he whimpered when he got up, and after his tiddle he was quivering in pain for fifteen minutes.

Normally on a rostered day off I would take Fudge for a major walk, but today rest (for him) was the order of the day. I did dull housework instead.
Bearing in mind a major lump of plaster had fallen off of the back bedroom wall last week I thought I’d have a tidy-up in that room. The affected wall has bookshelves on it. I put those shelves up some time ago – there is a blog entry on it somewhere but I can’t find it. However, I can remember saying that I wondered how long they would stay up. Realistically their time is up. Last week I took the DVDs off of one set of shelves. As I was having a sort out this morning I saw the plaster had blown along the length of the wall behind the shelves with books on. Having decided that *I’d* like to be the one to take the books off of the shelves I made a start. But we’ve nowhere to store books. So I had a thought. A somewhat radical thought. I decided that I would get rid of all of the books that I have already replaced with e-books. And (bearing in mind how old some of those books were) I also decided to get rid of any I’ve not looked at in the last five years. And as I started taking books from the shelves I thought I would also get rid of those which were obviously mouldy.
I wasn’t keen on throwing away so many books, but I’ve kept all those that "er indoors TM" wants. And the ones I’ve chucked have either already been replaced in e-format, can easily be replaced in e-format, or don’t interest me anyway. If nothing else I’ve saved "Daddy’s Little Angel TM" and "My Boy TM" a job for when they tidy up after I’ve croaked.

With the boot of my car full I then thought I’d have a look-see what other rubbish I could get rid of from that back room. I found four dustbin bags full of tat for the tip. I also found a Christmas card from "Daddy’s Little Angel TM" and a birthday card from "My Boy TM" which they made when they were small. The birthday card still had nine pence sellotaped inside.
I also found four premium bonds. I put those to one side and then started scooping all the plaster rubble that I could get to. There was a lot of it…
For some inexplicable reason I then set my phone to update all its apps. Rather silly as it was time to go to the tip. But not wanting to use my mobile data for my phone to carry on its updating I delayed going to the tip. Instead I got a bucket of water and gave my car a little wash. It was rather grubby.

Eventually my phone sorted itself out, and I took all the rubbish, rubble and books to the tip. In the past I’ve taken unwanted books to charity shops, but they’ve made it crystal clear they don’t want books. It didn’t seem right chucking books in the skip, but they are gone now. And I do have a lot more space.

I came home and watched an episode of “Game of Thrones” over a spot of lunch. And with lunch devoured I picked up my dog and sat with him. He seemed fine, and he quite enjoyed being combed. We sat together for the rest of “Game of Thrones” and I also combed him all the way through “Dark Matter”.
I then took him outside for a tiddle and he took himself back to his basket. I let him stay there. I didn’t want to push him. Instead I took the hoover out to my car and had a little clean-up inside. It had got rather grubby inside as well as outside.

As I’d worked I kept the washing machine going until we ran out of detergent. Whilst I waited for the washing machine to disgorge the shirts which needed ironing I had a look-see on-line. I had a vague idea that my premium bonds might be worth something
Their numbers had never been winners. Just as well as it turns out that you only have eighteen months to claim a premium bond win after which time you are too late. I then thought I might cash them in; it looked like a *lot* of farting about. I then thought I might register with the premium bond people; I typed in the details on my bonds and they said they’d never heard of me.
I might just chuck those premium bonds into the skip with the unwanted books…

"er indoors TM" then boiled up a rather good bit of tea; a bottle of plonk, and I found a bottle of amaretto…