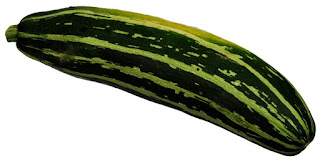 With "Furry Face TM" settled I had an early night last night. However I woke unable to breathe (despite the best efforts of my CPAP machine) at silly o’clock, and was watching the last episode of “Doctor Thorne” at 6am. Not a bad show, but the continuity people slipped up somewhat. One of the characters was obviously a piss-head. He was seen draining his brandy glass seven times without once ever re-filling it.

I gave my little dog until 7am then woke him and insisted he went outside. He had a tiddle, and came back inside. I hand-fed him half his brekkie and then he heaved himself up, struggled outside, dropped a log and then it all went wrong. Having had a poop he was then crying in pain, and was panting for the next hour.
I went to pieces again. I sat him with me on the sofa for a while and brushed him, but he couldn’t get comfortable. After a while I carried him back to his basket where he eventually got settled.

I then had a look-see on-line. We’ve had an invite to a weekend break at a Warner hotel next Spring. Up till now I’ve had the idea that Warner is the twenty-first century version of Saga as they advertise as being child-free. I’ve had a look-see at their website. It could be fun. I just need to confirm dates, and if I have any money let by next year I could be up for that. But I do need to pencil something into the diary soon. With only one weekend day free in the next ten weekends I struggle to fit everything in…

I then took my dog to the vets. I met Anita in the vet’s car park; her polydactyl guinea pig was in for surgery. It was as well that she was there; seeing a friend meant I had to pull myself together and not dissolve into a heap of snot and tears again.
Before we went in Fudge got weighed. Ten point three kilograms; he’s lost over half a kilogram in weight during his illness this week.
We were soon in with the nice vet who seemed pleased with his progress. The fact that he was pulling to get away and was trying to stand up and rest on my arms made her feel his problems were more intestinal than his back. She’s suggested we carry on with the Tramidol and go back at the weekend. I suggested Friday.
Seeing how he seemed keen to get out of the place I let him walk out of the vet’s. He made it to the car, but it was rather slow.
Once home he gulped down loads of water and went to his basket. He lay there seemingly dozing until the postman came. He had a grumble about that. I sat with him until I realized I was achieving nothing by bothering him and he would be far better off asleep, so I gave him the chew I’d bought at Pets at Home and set off to the late shift.

I listened to the radio whilst I drove to work. "Women's Hour" was on the radio. They were talking about healthy eating. I turned off when some pretentious harridan started wittering about the importance of sprialising her zucchini. I ask you - who on Earth eats zucchini; spiralised or otherwise? Come to that what *is* zucchini anyway?
I had a look on Google. It turns out that a zucchini is a posh courgette. I thought it was poncy spaghetti.  One lives and learns.

I must admit I took a slightly circuitous route to work.  I stopped off at the co-op to use the cashpoint machine. There was quite a queue; the woman at the machine took about fifteen minutes to do what everyone else does in two. I didn't realise it was possible to be so slow when using a cashpoint machine.

I then took a detour to Challock. Last Friday I archived an old geocache of mine which was in the area.. I archived loads that day and fetched in the old caches. Mind you there was one which I couldn't retrieve as it was crushed under a fallen tree. I'd had a message there was a geocoin in there. Those are rather precious so I went back this morning with some tools, but I couldn't get at it. I'd need block and tackle to move the fallen tree. I messaged the coin's owner. My conscience is now clear - I tried to get it back.
To console myself after that failure I went for a cache hidden near Molash's village sign and ended up nearly being late for work.

Work was surprisingly fraught; but that is the nature of the job. And with the day done I came home to my dog. I've spent the last five days feeling physically sick with worry about the soppy animal. I *really* never wanted a dog because I knew I'd get too attached. And I have done...