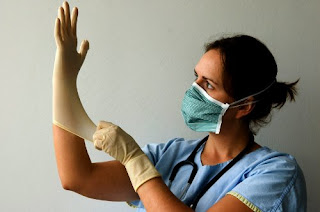 I woke in desperate need of the loo at 1am and went downstairs to find "Furry Face TM" on the doormat intently guarding the front door. I fussed him a little, but he would not be distracted from his self-imposed sentry duty. I went back to bed, and when I got up shortly before 6am he was still on guard. I wonder what that was all about. Once I was up he clearly felt he didn’t need to maintain his vigil anymore and trotted off to his basket from where he started snoring rather impressively.
I made myself some brekkie and watched the second episode of “Top Boy”. I quite like this show. It is not entirely unlike “Essex Boys” and that sort of thing. I wonder who will get beaten up next.

Over brekkie I saw I’d been tagged in a post. There is this thing on Facebook at the moment where you post a picture of an album you particularly like and ask friends to do the same. I was first asked to do this a few days ago. Then I chose the album “Kimono My House” by Sparks. Bearing in mind that was somewhat predictable, and everyone would be expecting another Sparks album I thought I’d go for another old favourite. But in retrospect “The Kick Inside” (by Kate Bush) would have been equally expected by anyone who has seen my attempts at karaoke.
As I left the house to go to work my daft dog was again guarding the front door.

On the drive to work the pundits on the radio were crowing about how well we are doing in the Olympic Games. I say "we" because that is the pronoun used when discussing the national team. I personally can't take any credit for Team GB's success. In fact (in all honestly) how well the British team does or doesn't do at the Olympics is a matter of the utmost indifference to me. However I am fully aware that a *lot* of people do take it all to heart. But (without wishing to detract from people's enjoyment of the event) I can't understand why.
At the moment the British public's attention is entirely on the diving events. Cynically I wonder if this is because British athletes are getting medals at those events, it is on the telly, and everyone feels everyone else is watching it.
I've been accused of being unpatriotic in not supporting Team GB. Is this a fair accusation? How many people *seriously* follow competitive diving? I suspect kiss-chase would suddenly get a surge in popularity were there Olympic medals being won by British kiss-chasers *and* it was on the telly.  After all how many people showed any interest when a British competitor came third in the International kite-boarding championships last year. Or when three of the last four international indoor bowls championships were won by a Scot. Or (in the wider scheme of things) when two Brits won Nobel Prizes last year.
But (as always) I realise I'm in the minority. I just wish I could see the attraction of watching any kind of sport. So many people do so. I'm sure I must be missing out on something.

I got to work and took the pears (that I'd bought on Monday) out of my locker and gave them away. I've given them a go; I think they are bloody awful. If someone else would like them, so much the better. It will be back to bananas next time.

"My Boy TM" called round to drop off Rolo. He’s staying here whilst the first fruit of my loin and his entourage go to Great Yarmouth for his father-in-law’s fiftieth birthday holiday weekend. Events and conspired against them so that the guest of honour can’t actually go, but the holiday is paid for (with no refunds available) so they might as well enjoy it.
They went to Great Yarmouth once before. That was back in the days when Fudge was his dog. I can remember the car getting as far as Maidstone before it broke down. Here’s hoping they do better this time…
Posted by Manky Badger at 10:08 pm