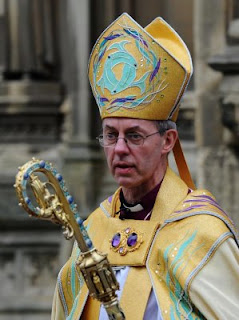 I've been threatening to have an early night for a few days now... I finally got one last night. I slept for nearly eight hours; unheard of for me.
I got up and found my dog was asleep in his basket. He's been sleeping in his basket overnight a lot more than he used to; I keep worrying about that silly pup. He carried on sleeping as I scoffed brekkie. He didn't stir for toast crusts as I watched the Muppet Show as it played from the SkyPlus box.

Being a geo-calendar day I set off to work a little earlier than I needed to. I had a geo-target in Kennington. "er indoors TM" had set a puzzle which I had solved a while ago and so I went out to find the cache this morning. I won't say it wasn't there, but I will say that I couldn't find it.
That left me rather scuppered for getting a find for today. In the end I reluctantly picked up a cache which wasn't that far from the hospital. I'd been saving that in case of a geo-emergency. But now I've had my geo-emergency (and used that cache) I'm rather left without a backup plan for future failures.
Still... I only have fourteen more calendar days to go. And only six of those are on work days...

As I drove I was rather amazed by what I heard on the radio. Apparently the Archbishop of Canterbury is the love-child of his mother and one of the late lackeys of Winston Churchill (I say "lackey" - the chap had a knighthood). What particularly amazed me wasn't so much the news itself as the fact that it had been made public by the Archbishop himself. Apparently he'd been approached by the family of his biological father who had their suspicions. DNA tests were done and the Archbishop made the announcement.
Why has he done this? It is absolutely no-one's business but his own. And how must his eighty-six year old mother feel to have this spread all over the news? Had this appeared as a tabloid scoop then the Archbishop would have had the sympathy of the public. Having made the revelation himself he has made the tale a legitimate target for speculation and gossip.
I can't help but wonder what's been going through his head. Mind you I can't help but wonder what goes through the head of any Archbishop.

I got to work and did my thing. As I did so I found myself looking out of the window. It often rains when I work at weekends; today was no exception. I didn't just look at the rain; I spent much of the day listening to it. It was rather hard against the window.

The rain had eased up a little by going home time. I came home via the petrol station. I had planned to get the petrol in the morning but events had conspired against me. I see the price of petrol is slowly creeping up again.
I could have gone home via Lyminge; "Access All Areas" was playing a gig there this evening. But I would have got there late, I would have got home even later, and I've an early start tomorrow...