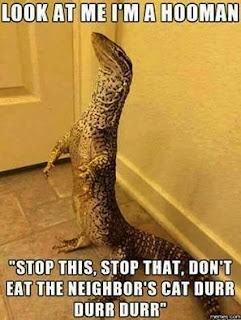 I suppose it's no surprise that I ached somewhat when I woke this morning. But I struggled up. There was a minor hiccup when I discovered that what I thought was a new tin of shaving gel was actually deodorant, but I rose above such adversity. Over a spot of brekkie I watched Saturday's episode of Dad's Army, and then had a look-see on-line. Little had changed.

I spent a few minutes scraping ice from the car's windscreen (it was cold this morning) and then set off to work. As I drove John Redwood MP was being rather scathing about the latest financial forecast from the Treasury. Apparently (so-called) official figures now show that should Britain leave the EU our economy will be officially down the toilet by 2030.
He's right to take this line. No one can have the faintest chance of making such a prediction for fifteen years into the future. Both pro-and anti- EU brigades are now making such ridiculous scaremongering statements. And for all that he European parliament and courts are far from perfect, every criticism of them could also be made about the British parliament and courts.
I'm still struggling to form a fair opinion on whether or not we should stay in the EU. I think the bottom line will be are we better together with all the other European countries or would we be better off on our own? (In which case Scotland and Wales should automatically be cast adrift). The average Brit doesn't lke foreigners so the "out" campaign will win.

Bearing in mind I'd run out of shaving gel I stopped off at Morrisons for supplies. Some days Morrisons is quite the adventure, some days dull. Today was dull. Generally the loonies who brighten the place up are still in bed at 7am.

And so to work. I did that which I couldn't avoid, and came home again. Once home I popped the lead onto my dog and we walked round the park. As we walked we met the two scotties withh whom "Furry Face TM" often fights. It was odd; we see these two scotties (with a woman) when we walk in the mornings. Then the scotties are always on leads, and there is usually something of a fight. Today they were with a bloke and off their leads and all played nicely.

"er indoors TM" boiled up a rather good bit of scran then went off bowling. I settled down in front of the telly expecting to do my usual Monday night telly thing... But tonight was the last Muppet show and the documentary about trainee sailors has finished. Mind you Gotham is on later.

And in closing do you like the piccie above? I've been giggling about it all day.