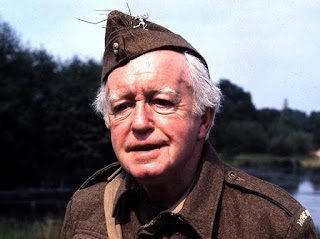 For some inexplicable reason I was again wide awake at silly o'clock, and was up having brekkie and watching "Dad's Army" before 6am. My dog joined my half way through the program, but after a few minutes took himself back to his bed.
I then had a look on-line. Over the last few weeks I've been looking to complete my geo D-T grid. One of the D-T combinations I need is D4.5-T4.5. There aren't many of those. The one I had my eye on seems to have gone walkabout, but overnight the chap who owns it saw that I was keen and has asked me to replace it for him. I've very happy to help out, especially as replacing it means I get a guaranteed find. Some say that's a bit cheeky of me. I don't. I shall do that next Thursday. If anyone would like to join me you can see all the details by clicking here.

I scraped the ice from my car and set off to work. As I drove the pundits on the radio were interviewing the Minister of State for Employment. Ms Pritti Patel was taking a very anti-European Union stance and was going on at great length about how she is very much against the EU because of all the rules, regulations and red tape that they force on to the British against our will. However when asked to give specific examples of these rules, regulations and red tape she was utterly unable to give a single example. Eventually she came up with the European Working Time Directive as being a good example of a European idea forced onto an unwilling British population, but was then rather embarrassed to have to admit that several polls have shown that the average Brit quite likes the idea of the European Working Time Directive since it stops us having to work every hour God sends and gives us holidays too.
I'm finding it more and more difficult to find any valid reasons for leaving the EU. It speaks volumes that a Conservative Prime Minister and the leader of the Trade Unions Council have issued a joint statement supporting continued EU membership.
I'm fast coming to the conclusion that the whole anti-EU thing is just a scam stirred up by Boris Johnson. If he can play on the inherent xenophobia that exists in far too many people then David Cameron will lose face in a humiliating referendum defeat and Boris will be ideally placed to become the next Prime Minister.

I got to work, did that which I coouldn't avoid, and came home again. Once home I walked "Furry Face TM" round the park. He played nicely with lots of other dogs. Not a single scrap.

We had a rather good bit of dinner - a roast dinner. Don't get those very often these days...