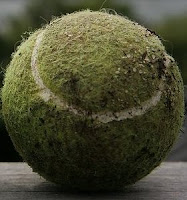 As I drove home from the night shift the pundits on the radio were interviewing one of the leading lights in the "leave the EU" campaign.
I find myself leaning more and more towards the "stay in the EU" mindset; in many ways because of the propaganda of the "leave the EU" bunch. Today's interview was a classic example. The woman interviewed started off by quoting a figure of how many millions of pounds it costs Britain to be in the EU. She was immediately challenged and was told that the actual figure was a fraction of what she had quoted. This woman didn't deny the corrected figure. She then went on to say that he NHS was on the point of immenent financial collapse because of all the money that goes to Europe. She was again immediately challenged and told that this was not the case, and again accepted the correction because (again) her facts were demonstrably wrong. This woman then tried to compare the costs of the NHS and the EU and was again shown to be miles out with her figures.
Having been publically shown to be factually incorrect in every aspect of her argument this woman changed tack entirely and (effectively) said that no matter how big or small the sums of money were, she'd rather they were spent on British hospitals than spent on the foreigners in the EU.
I find it difficult to give any credence to a bunch that seem to randomly make up the numbers as they go along, but it is a sad sign of our times that they will get the votes of the masses by just taking the xenophobia line.

I got home and took "Furry Face TM" for a little walk. We didn't go far; just to Newtown and back. Some walks are uneventful; today's wasn't *that* exciting but we did see one looney singing along to the strange music in his head, and another who was having a fist fight with himself at the bus stop.
We didn't walk far. Somehow I hurt my right hip during the night shift (I have no idea how), and it was gettng more and more painful. I cut short my plan to walk up to Hythe Road.

As we walked "Furry Face TM" found a tennis ball. He didn't have it when we left home, but shortly after we started walking I saw he was carrying one. He carried it all the way home. As I scoffed brekkie so he started ripping the ball to shreds. He seems to llike destroying tennis balls.
As he shredded the ball I watched a film. "Hope and Glory" was the tale of a young boy's experiences during the war. I quite liked it; I suspect "er indoors TM" wouldn't have.

I had this idea to go to bed for a couple of hours; I slept for four. I could have rolled over and gone back to sleep but had I done that I would not have slept later, so I got up and put the finishing touches to my current Wheri-project. It is amazing how much time and effort it takes to acheive so little with those things.

"er indoors TM" came home. We had intended to go for a little walk this evening, but it had been raining all afternoon and the weather showed no sign of cheering up. So plans for a walk were abandoned.
After a rather good bit of scoff I was left "home alone" as "er indoors TM" went to Dover for a card party (?). I vaguely toyed with the idea of going out on the razzle but it was still raining and I was still rather tired. So I slobbed about in front of the telly. I do that too much....