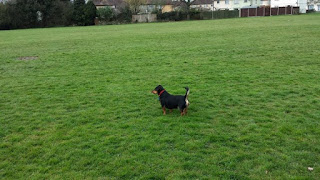 As I left work I turned on the radio in the car. Apparently Britian contributes one seventh of all the money that is spent worldwide in overseas aid. One of the pundits on the radio was expressing conccern at just how much money goes overseas. Apparently Britain is paying aid money to India and China; both of which have enough money of their own to finance their own space programs And of those countries which actually do need help it was alledged that they get so much money given to them that they cannot properly account for where the money actually goes.
A representative from Oxfam was then wheeled on who said he felt proud that we as a nation give so much, but when challenged he couldn't deny that our money shouldn't be subsidising those with enough to send rockets to the moon, or that there really is no accounting for much of the money.
What worries me most is that this fact is being bandied about as a valid reason for Britain's leaving the European Union even though our overseas aid donations is nothing to do with the EU.

There was also consternation at the boss of the oil giant BP being paid nearly fourteen million pounds per year when the company is losing money hand over fist.
Apparently sacking him would make the company even less profitable. Funny old world...

I didn't go straight home; I went to the local hospital for the results of my recent sialogram. The specialist asked how my lump had been since I was sialogrammed. Funnily enough the lump has been a lot less troublesome. It turns out that injecting and extracting the X-ray opaque dye is often enough to wash out the troublesome stones. This seems to have happened to me; I've now been discharged from the clinic.
Mind you my jaw aches at the moment so I took the opportunity to have the maxillo-facial expert give it the once over. Somehow I've strained a muscle in my gob.

I then took my dog for a walk. "Furry Face TM" antagonised the scotties and the spaniels that he usually antagonises, and because I wasn't paying attention I found myself tangled up with OrangeHead's posse. They were (for once) unusually civil. Chunky Little Friend's dog was in a dog push chair. The poor pup has had major surgery. We chatted for a while about forcing dogs to rest; it was quite nice to be accepted by the main momma of the Viccie park dog world for once...
It was only a shame that my dog then tried to hump her dog.

We came home for a spot of brekkie, then I went to bed. After listening to my dog shouting at every passer-by I came down, picked him up and sat him at the foot of the bed. With him finally settled I then slept like a log for most of the day.

I'm off to another night shift now...