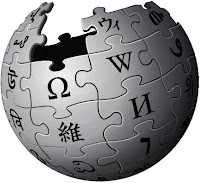 It starts getting light shortly after 5am these days. I was wide awake long before dawn this morning. I gave up trying to sleep and was shaved, eating brekkie and watching "Plebs" before 6am. With little else to do I took my dog for a walk much earlier than usual.
As we went out I could see my car was covered in ice. We went up to Bowens Field where we met some strange woman who was shrieking at her dog and at every other dog within shrieking range. She kept screaming at me to ask if my dog was all right. I gave her a range of answers; I don't know what answer she was hoping for but it was obvious I never suppplied teh right answer.
We also met the two old blokes who insist on giving treats to every dog they meet. I wish they wouldn't. Once given a treat "Furry Face TM" will then follow them rather than going where he is supposed to go. I could see the dog treats in their hands; I managed to herd him away before he saw the treats.
Whe came home after an hour's wander, once home I noticed that the ice on my car had melted. Mind you it still felt very cold.

I set off to work a little earlier than I needed to; as I drove home on Monday morning after the late shift a new geocache had gone live along my drive to and from work. This morning (two days later) it was still unfound so I thought I'd try my luck. I parked up about five hundred yards from where I needed to be and (having got my wellies on) I walked through the woods to where I hoped to find hidden tupperware. It was a good morning to be out and about; I even saw a couple of deer as I walked.

My hopes weren't high when I saw the GPS was pointing over a barbed wire fence ten yards into an open field. The hint given said "under ivy at base of tree" - there was one obvious ivy covered tree the base of which had clearly been recently ransacked. I had a look there and elsewhere but after half an hour decided I'd drawn a blank.
Oh well... it had been a pleasant walk.

I then drove on to Morrisons. As I drove "Women's Hour" was on the radio. I've been less than complementary about this show before. Today they were up in arms because only one in six entries on Wikipedia are about women. I would have thought that (bearing in mind entries on Wikipedia cover pretty much absolutely everything and anything) one in six was a rather high proportion.

I got to Morrisons, got supplies, and moved on to Go Outdoors. I've been after a cheap inflatable boat recently. They had inflatable canoes for two hundred and fifty quid, and air beds for a fiver.
I shall go sailing on an air bed....

And so to work. As is so often the way when on a late shift, most of the day's excitement was over by the time I'd got to work. I did what I had to, and came home again.

The astro club had been asked to put on a starggazing show for a load of French schoolchildren (who were staying locally) this evening. But being on a late finish didn't make going practical for me. Next time maybe...