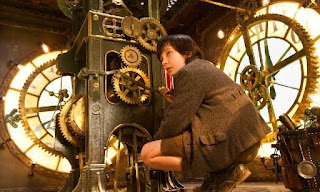 The weekly weigh-in. During the week I had a crafty go on the scales and my weight was down slightly. This morning it was up a tad. I'll split the difference and call it no change. Having said that... last night at astro club someone I've not seen for months commented on how thin I looked. I agreed - within reason. When I rub my hands together they feel bony. My knees and legs are a lot thinner than they ever where - this is very noticeable when I try to get to sleep at night. I have to arrange my legs so my knee bones don't rub and hurt. And my face and neck are becoming almost gaunt.
Mind you, my stomach is still quite immense, and my moobs are still gargantuan. Why is it the weight is coming off of the wrong places? Perhaps I need to do more (some) sit-ups.

And so to work. Where I spent an irritating five minutes in the car park trying to elucidate where a funny noise in my car was coming from; only to find it was in fact a distant fire alarm. I did my bit at work, and fully expecting to get away about 1pm, I got out six hours later than planned. Still, six hours overtime is good. Bearing in mind the torrential rain that fell all afternoon, I might as well have been at work as anywhere.
On reflection I should have maybe packed more lunch that one sandwich. I could have gone to the League of Fiends shop to get some more scoff, but in the New World Order of austerity I'm not going to line their pockets. Didn't I just say that I have a gut to shift?
And so home. Via Chris's house for the Saturday film night. It was on my way anyway. We started off with "Tower Heist". Noy a film I'd heard of before, but it was really good. And then "Hugo": a film I'd heard described as beautiful but was in fact crap. It just dragged on. And on. And on. Tediously. Mind you even if we do have the odd dodgy film I wouldn't miss the Saturday film night. I do llike watching a movie with a bunch of mates...