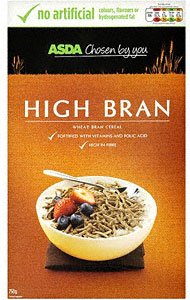 I took a fresh a box of cereal out of the cupboard for brekkie this morning. The box was huge; at first sight I thought that it would last a while. I opened the box and realised the truth. Whilst the box was over half full, it was certainly less than two thirds full because either the cereal had settled in transit, or the packaging was designed to make you think you were getting more for your money. Admittedly the box had the content's weight written on it, but when I opened the box to find it was nowhere near full, I did feel somewhat short-changed.
And so to work; after I'd scraped the ice off of the car. It's now mid April and still we are having frosts. Yesterday I bought a replacement ultra-violet light for the fish pond filter, but with the nights still being so cold I am rather loathe to turn the pond filter back on. But I will have to do so before too much longer.

Today at work we had a great idea to save the government money and to reduce the national debt. A radical review of health provision in the UK; anyone requiring the services of the NHS from now on will be issued with a plaster. If their malady can be treated with a plaster, then they survive. If they are so unwell that their recovery is dependent on more than a plaster then they can go private.
The NHS is thus saved expense, and the nation's books are out of the red. So far I have not found anyone who can argue with the fiscal logic behind this plan.
Admittedly on an ethical basis it sucks fish, but in these austere days one can't have everything. Or anything more than a sticking plaster in the New World Order.

Meanwhile back in reality I got given my shifts for the next few weeks, and realised that I might need to change some plans I'd made for the next few weekends. It's not really a problem: there's nothing in my diary that I couldn't change easily enough. If any of my loyal readers were planning to walk with me from Appledore to the Isle of Oxney, or couldn't because the date was inconvenient, it might be worth checking the date again. I've changed it.

As some of us celebrate (if that is the right word) the centenary of the sinking of the Titanic, it's perhaps a sad indictment of our society that quite a few people don't realise that the Titanic was a real ship. A sizeable minority thinks that the whole Titanic story was something made up for the Hollywood film.
In the same way, quite a few people thought that the Apollo 13 film was rubbish because in real life the astronauts would never have survived what happened.

Surely it speaks volumes about our society that people cannot tell fact from fiction.