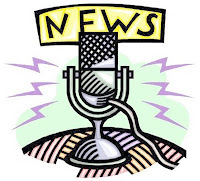 Having pretty much wasted yesterday doing absolutely nothing, it now transpires that a good friend of mine who lives but a stone's  throw from my house went geocaching round the neighbourhood yesterday. Geocaching involves using sat-nav  technology to find message capsules which have been left by other geoocachers. As he geocached on his own he felt he needed company, and further felt that I would really enjoy geocaching. In retrospect I don't think I would have liked being out in the rain yesterday, but I do like the sound of geocaching. That might just be something to do over the summer.

On the radio today the top news story was the amazing fact that the Chancellor of the Exchequer George Osborne has said he was shocked to discover some of Britain's wealthiest people pay virtually no income tax.
At the risk of appearing cynical I think the pundits have missed the point of this sorry tale. Surely the shocking part isn't that those with money are tax-dodging. That's not news - it never has been. Those with money understand money, and know how to squander, fritter and spend it in such a way that it isn't taxable. It's us mere mortals who get stung for tax. Always was; always will be.
The shocking part of this story is either that the Chancellor is so thick that he really is shocked by the news (and I can't really believe that), or that the Chancellor has made a news story out of something that realistically has been known for years. And if he has done so; why has he done that? What is he playing at? Are the Tories declaring war on those who traditionally have funded them?

Meanwhile boffins are planning to mature whisky on the International Space Station. Apparently they want to see if and how fermentation can work in zero-G and to see how the resultant whisky will taste. One thing's for sure - it can't taste any worse than Earth-brewed whisky.

Talking of the ISS, commercial rocketry firms who are competing for the contract to supply NASA with spacecraft are almost ready to send their rockets to the ISS. Apparently they might launch as early as 30 April - three weeks away.
Mind you, Frank Culbertson (a former astronaut) says things could go wrong. That's encouraging...
Posted by Manky Badger at 10:53 pm