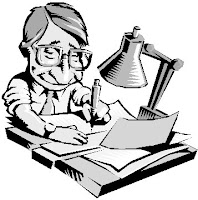 I got some email replies to some of the job applications I made yesterday. Interestingly there was a common theme in the rejections: companies wanted a specific trait in their candidates. They all wanted someone who was already working for one of their competitors. I suppose that’s a sign of the times, really.

I also got some petrol today as well. They certainly aren't giving that stuff away these days; it's over £1.40 per litre. And it's not cheaper in Canterbury any more. Once upon a time it was five pence per litre cheaper over here. No more. Mind you, since I had the car serviced I now get an extra forty miles from a full tank. That's a bonus journey each time I fill up. I shall be grateful for small mercies.

This evening I got another thousand words done on my novel. Following an informal chat with a published author who has mentioned me in acknowledgements in one of his novels, (not that I’m showing off or anything!), I’ve decided that I actually need to devise a formal plan for this novel.

So far I’ve started at the beginning and worked forward. And then today gone before the beginning with a bit of a pre-amble. And the next bit will be a pre-pre-amble set in Roman times (I think). A formal plan is a must. A novel needs a start, a middle, and end and a plot. And some characters. On reflection I need more characters. The ones I have so far are based mostly on me, except one which is based on a very rare kind of person: someone I dislike. There aren’t many of those in this world really. I might just put one or two people that I know into the novel; if only to see if people recognise themselves when (and if) they read my magnum opus. Or magnificent octopus, depending on your perspective.
Posted by Manky Badger at 9:29 am