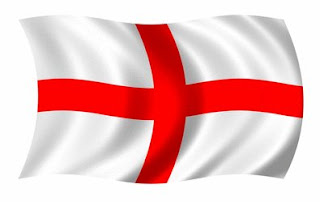 It now seems an eternity ago, but it was only four days since I went to the theatre. Avenue Q was a wonderful show - a very adult version of Sesame Street. Over the last few days I've lost count of the people who were rather miffed to find that they'd missed a treat, thinking it was a children's show. A colleague who went to the Saturday showing told me about her experiences at the theatre. As she took her seat she was amazed by the amount of children in the audience. And within fifteen minutes of the start of the show all of the children had been marched out by their very indignant parents.
This raises two questions in my mind. First of all don't parents do any research to find out what they are letting their children in for? And secondly don't the theatre have any kind of obligation not to let kiddies in to what is clearly not a children's show?

Talking of children, the most recent fruit of my loin phoned today. Having been rear-ended a few weeks ago her neck has been giving her gyp. She phoned NHS direct today which achieved little but to upset her. My suggestion, for what it was worth, was that she should speak to her G.P. The G.P., quick to pass responsibility suggested she should bypass him altogether and go for an X-ray. And after an hour's waiting I'm told she gave up with the hospital.  In days gone by I might have defended the NHS, but in the New World Order I shall help her draft her formal complaint.

Meanwhile today is Saint George's day. In years gone by we would have taken the cubs and the scouts out and have done something special to celebrate over the weekend that's just gone. And it transpires that thousands of scouts all over the country did just that yesterday. As for me - I've done nothing to celebrate the national day. And in all honesty neither have pretty much most of the population. Perhaps I should have done something. I wonder what...
Posted by Manky Badger at 9:49 pm