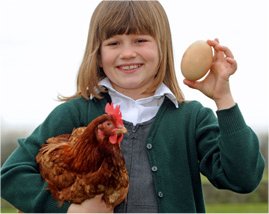 Being on a late today meant I got to have a bit of a lie-in. But only a bit. It’s always noisy on recycling day. The same dustmen who are really quiet on Wednesdays make a terrible noise on Fridays. I’ve complained in the past and have been told that they make the noise because they don’t want to do the recycling. I’d quite happily swap my current daily round for doing the recycling if any of them really don’t want to do it.
And then the drilling started. For no reason that I can establish, workmen have started excavating the pavement just up the road from our house. And this morning they parked a lorry full of all manner of digging apparatus right outside the front of the house, climbed on the back of the lorry, and started banging various lumps of metal together. Probably because they could.

Yesterday I mentioned here about an exhaust pipe that is cluttering up the shed. Whilst I was having some brekkie this morning My Boy TM" came home; I harangued him about his exhaust pipe. Apparently he’s going to sell it though Facebook since eBay is “too much like farting around”. He then went to the shed to get out his fishing gear and realised why I was whinging about the exhaust pipe. There isn’t very much room in the shed to begin with; and much of the space is taken up by a huge exhaust pipe. His huge exhaust pipe.

And so to work. A minor disappointment: I had been offered the chance to do two night shifts this weekend to help out because of the chaos which would have resulted from ongoing building works. Unfortunately the building works have been postponed, and so the chance of twenty-five hours work (paid at time and a half) has just gone up the Swannee. Which is a shame. Mind you I would have missed the Saturday film night, and missing that is never a good thing.

Meanwhile I bet this chicken has a very sore bum….