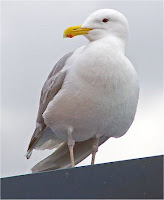 Regular readers of this drivel must get fed up with reading about my nocturnal habits. But last night was a novel break with tradition. I went to bed about 11pm, and slept for eight hours. Eight whole hours: it must be years since that last happened. In retrospect I suppose that only having had less than eight hours sleep from Thursday evening to Sunday evening must have had some bearing on the subject. Being on a late start this morning I lay dozing, and finally emerged from my pit when one of the employment agencies rang me about a possible opening.

Once roused I had brekkie, and then wasted an hour playing “Angry Birds” before setting off to work. I went a rather scenic route this morning. Firstly via the farm shop where the posh people were out in force (and looking down their noses at me!), and then via Dunelm Mill where my piss boiled. I wanted a couple of small canvases for some painting ideas I have. But could I get to the craft section? There were about twenty to thirty people in the shop; all utterly oblivious of the fact that anyone else was trying to shop there. They were all wandering about blindly, all getting in everyone else’s way, blundering into merchandise, displays and each other. What should have taken thirty seconds took me quarter of an hour by the time I’d navigated my way through the swarm. At the till I loudly suggested to the assistant that they should have a sign on the door warning shoppers that other people were in the store; that the store catered to more than one customer at a time. The nice assistant laughed – she knew exactly what I meant.

And so to work. Dull, as always. However the monotony of the day was broken up somewhat by the seagulls. They were attempting to do unspeakable acts to each other (the beasts!), using the department’s windows in order to get some purchase. I’m told that this is the time of the year for unspeakable acts; and it’s only natural. I can’t condone such immorality. Personally I feel that if I don’t take a moral stance, who will? Certainly not the seagulls.

And after a dull afternoon, and an especially dull evening I came home. With "er indoors TM" out bowling I had run of the house, and do over tea I watched a film. "Essex Boys" is good viewing, and as an added bonus River Soong from Doctor Who flopped out her jubblies. You can only have so much of a moral stance....
Posted by Manky Badger at 11:12 pm