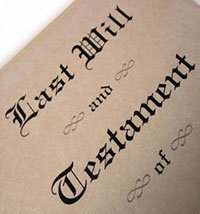 I woke this morning to see a missed call on my mobile. "Daddies Little Angel TM" had called me at silly o'clock and I'd clearly slept through the call. Suspecting the worst (why else would she phone at silly o'clock), but suspecting her to be asleep at 5.40am, I sent a text message, and spent an hour worrying. Eventually I got a text back apologising for the call. She'd been randomly pressing buttons and had called me by mistake.


To work (dull), and home again. I met up with an old friend on the way home, and spent half an hour chatting about this and that. And then I spent a few minutes delivering catalogues to the masses. I do hope the masses want the bargains I'm unloading onto them.
Eventually I got home to find that the most recent fruit of my loin had visited today. All my moaning, nagging and whinging about the dog biscuits has done some good as she's obviously swept up errant bonios. Mind you the cereal bowls, cups of tea and human biccies were still strewn everywhere.


The phone rang. It was some bloke from Trust Inheritance. Had I thought about making a will? Yes I had. Would I be wanting to make it soon? Yes - I should do. Why didn't I take advantage of the special offer in which I could get a will drawn up for only sixty-five quid?
And then that's when it all got a little nasty. I asked why I should pay up sixty-five quid when I was quite capable of writing down my own instructions, or finding a will template for free on the Internet. The answer I got was a lie. The bloke on the phone told me that paying cash for his will made it a legally binding document. A home-made one (apparently) wouldn't be legally binding. What rubbish. If you write a will, then that's it. It's your will regardless of anything. And if anyone wants to contest it, then they can contest it, regardless of how much wonga you might have paid for the will.


So here's my will. If I croak first, "er indoors TM" gets the lot. If "er indoors TM" has already croaked when I kick the bucket, then all is shared equally between the fruits of my loin. Seems quite straightforward to me...