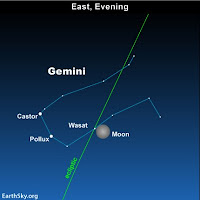 Having spent six months job hunting, it finally occurred to me that a family friend works in an employment agency. I’d not seen her for a while, but she was the young lady in question when I was hauled into the school (many years ago) because "My Boy TM" had been doing snogging in the classroom rather than doing his lessons.
We’ve arranged for me to pop in to the agency for a chat when we can find a mutually convenient time (as I’m not the typical job hunter). Here’s hoping….

Meanwhile I heard that science might have finally discovered the Higgs Boson. Having cost over six billion quid, after four years the Large Hadron Collider has done what it set out do do.
One can’t help but wonder what science is now going to do with the Large Hadron Collider now it’s found Higgs Bosons. I can remember (in years gone by) the fruits of my loin discarding their unwanted toys once the novelty had worn off. (In fact a humungous exhaust pipe which has been cluttering up my shed for the last few years springs to mind). However at six billion quid, this is rather a pricey novelty to have worn off. If science doesn’t want its Large Hadron Collider any more, I’ll have it; I’ll sell the thing on eBay.

One of the members of the astro club sent me a message through Facebook this evening. Did I know when Mars would be visible when you would be looking in a southerly direction? I wish people wouldn't ask me questions like that. For all that I am a very visible and loud presence at the astro club, I don't actually know very much about practical astronomy. I make no secret of the fact; but everyone thinks I am joking. It can make for embarrassing situations. When I say I don't know my Castor from my Pollux, I'm not playing to an audience; I'm making a statement of fact.
For all that I know, Mars could be absolutely anywhere in the sky, and having eventually persuaded Neville that he'd be better off asking someone else (and pointing him in a couple of specific directions) the doorbell rang. My eldest daughter (!) had come round to collect a Mothers Day present. And being a very astute lady she'd decided to spend her money with Badger Original Landscapes. I wish more people would do the same.

I was rather disappointed not to have seen the Northern Lights this evening. With the general public in major panic because the Sun had exploded (apparently), all that we had to show for the explosion was some pretty lights in the sky. Or, that is in some skies. Not in mine. Which was a shame: realistically if I’m going to achieve things in life, I am leaving it all rather late. And in these austere times the only way I’m going to see the Northern Lights is if they come to me. It’s a shame that they didn’t.